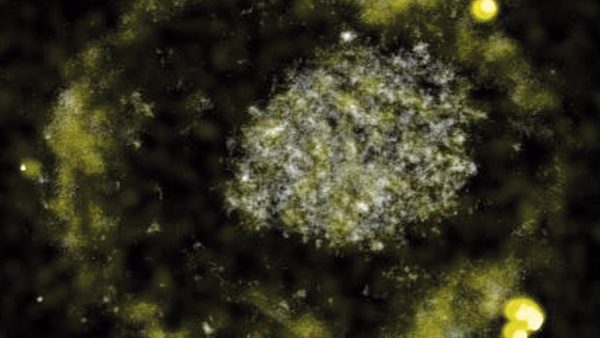 According to a recently published study from researchers in Australia and Germany, a rare bacteria can turn trace amounts of toxic metals into gold nuggets, effectively clumping together and pooping out tiny gold nuggets a few nanometers in size as a byproduct. You can see a picture of one here (or beneath). 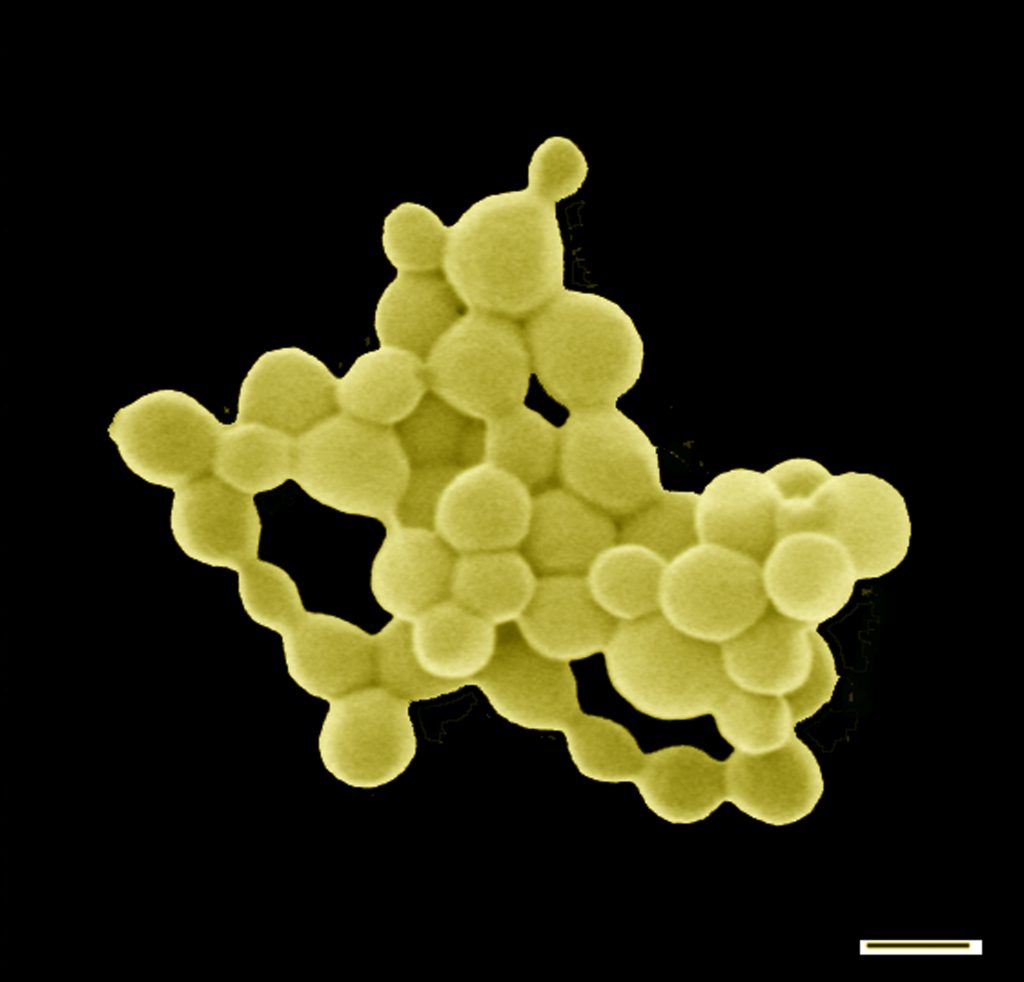 What  C. metallidurans does is take trace elements of gold found in soil and put them together. It basically does this as a survival mechanism as it exists in soil with high heavy toxic metal (such as gold and copper) content. When both copper and gold elements enter the bacteria, the little guy activates an enzyme called CopA which turns the  elements back into their slightly larger and harder to digest forms. So, the “pooping” — if you will — is more-so reassembling the trace amounts into tiny nuggets, but quite frankly it ain’t often that a scientific study births a headline as wonderful as “This bacteria poops gold.”

Professor Dietrich H. Nies, a microbiologist at Martin Luther University Halle-Wittenberg and Professor Frank Reith from the University of Adelaide have been working on this since 2009, but only recently were able to publish their findings.

Perhaps the most interesting part of the study is that this research plays an important part in cracking the bio-geochemical gold production cycle. Effectively, it’s entirely possible that gold could be produced or farmed from ores without the use of mercury. Behold this nugget (you’re welcome!) from the Halle-Wittenberg press release:

Here, primary gold metal is transformed by other bacteria into mobile, toxic gold compounds, which is transformed back into secondary metallic gold in the second half of the cycle.  Once the entire cycle is understood, gold can also be produced from ores containing only a small percentage of gold without requiring toxic mercury bonds as was previously the case.

Just a couple of years ago, a newly discovered plastic-eating bacteria brought hope to those looking to solve the plastic waste problem in our oceans. So between gold poop and the ability to destroy plastic, perhaps we should welcome more bacteria into our lives.