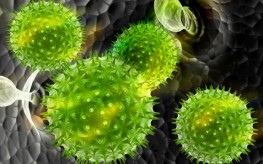 Bacteria were once considered to be silent and lonely organisms, but new research is showing that bacteria are highly social entities that can ‘sense’ and ‘feel’, utilizing these traits to help spread throughout the body. When these are ‘bad’ bacteria, this social behavior can lead to disease. The publication, Impacts of quorum sensing on microbial metabolism and human health tells us that:

“Bacteria were considered to be lonely ‘mutes’ for hundreds of years. However, recently it was found that bacteria usually coordinate their behaviors at the population level by producing (speaking), sensing (listening), and responding to small signal molecules. This so-called quorum sensing (QS) regulation enables bacteria to live in a ‘society’ with cell-cell communication and controls many important bacterial behaviors. . . “

This QS behavior is responsible for metabolism, antibiotic synthesis, biodegradation, and bioenergy. . . all very relevant to our health. When QS is working at its peak, bacterial pathogens can abound, causing infections like Staphylococcus aureus, or other novelties in the form of viruses that science is still trying to predict.

As scientists learn more about exactly how bacteria communicate to one another using QS, they can also hopefully, determine exactly what to do to control or manipulate those communication patterns. In very obvious ways, proper nutrition, exercise and other ‘healthy’ habits somehow interfere with the QS signaling in bacteria, if in no other way than to indicate, “this is not a good host body, let’s look somewhere else.”

Bacteria are in fact monitoring their own population density at all times. The report explains,

“By knowing how many other bacterial cells are present, bacteria can trigger genes that radically affect individual cell behavior and as a result behavior of a whole colony of cells. For example a colony of bioluminescent bacteria can remain dark until quorum sensing determines there is a critical density of such bacteria, at which point the entire colony lights up at once. . .”

This QS system can also switch an entire colony into being aggressive or less dominant depending on the communication that is going on amongst them – triggering their own growth or eventual devolution, to death.

One example of how fairly unaggressive bacteria turn into disease was evidenced in the infection, Pseudomonas aeruginosa, which causes a compromised immune system in people with cystic fibrosis. The attack on the human being wasn’t triggered until the QS system told the bacterial colony there were enough of them to succeed. It is at this point that they attacked all at once.

Scientists are utilizing this new understanding about just how intelligent and communicative bacteria are to understand ways to keep disease at bay.