The Beginning of a Milestone 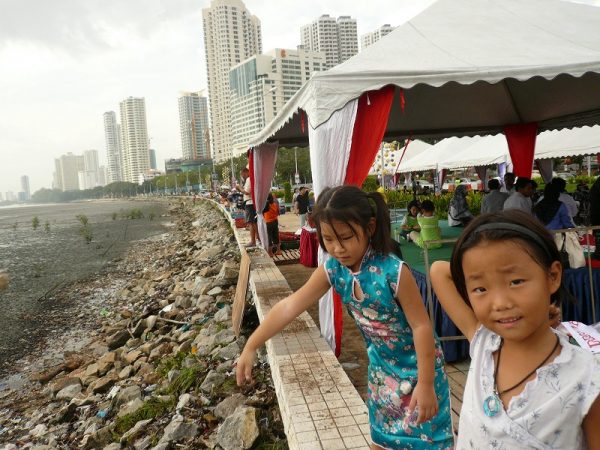 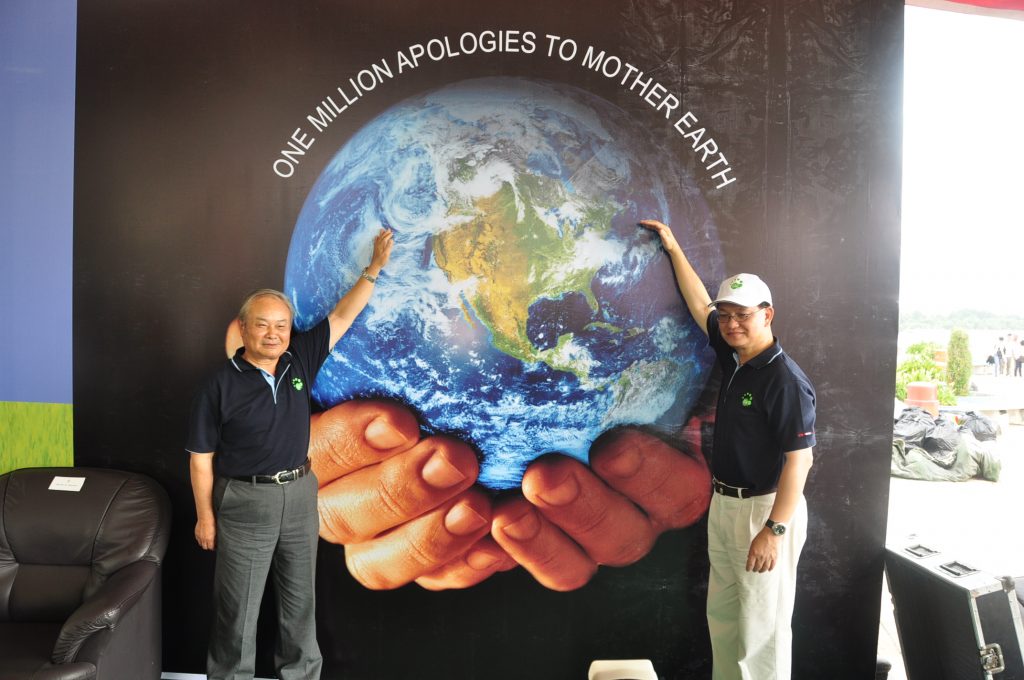 Prof. Higa and Mr. Soo at the “One million Apologies to Mother Earth” event

Penang state in Malaysia known as the Pearl of Orient, is an island popular for tourists for its rich Chinese heritage, offering beautiful temples, ruins, museums, preserved forests and beautiful beaches.
Unfortunately, due to the recently business development focused on the coastal locations, local environment is being change to polluted seas and rivers.

Mr. Soo, from Bioremeds (M) Sdn. Bhd., EM supplier in Penang called for a remediation project to give a solution to polluted rivers and sea coast in Penang state.
In joint project with the Government of Penang State, the project called “One million Apologies to Mother Earth” launched to involve governmental bodies, organizations, private sectors and residents in a bioremediation campaign to protect the rivers and recover the aquatic life.

Several workshops were organized to teach people concern more about the environment and learn on the benefits of EM. During workshops, participants had the opportunity to make EM Mudballs to be thrown into polluted rivers and Gurney bay where an opening ceremony was scheduled for August 8th 2009. 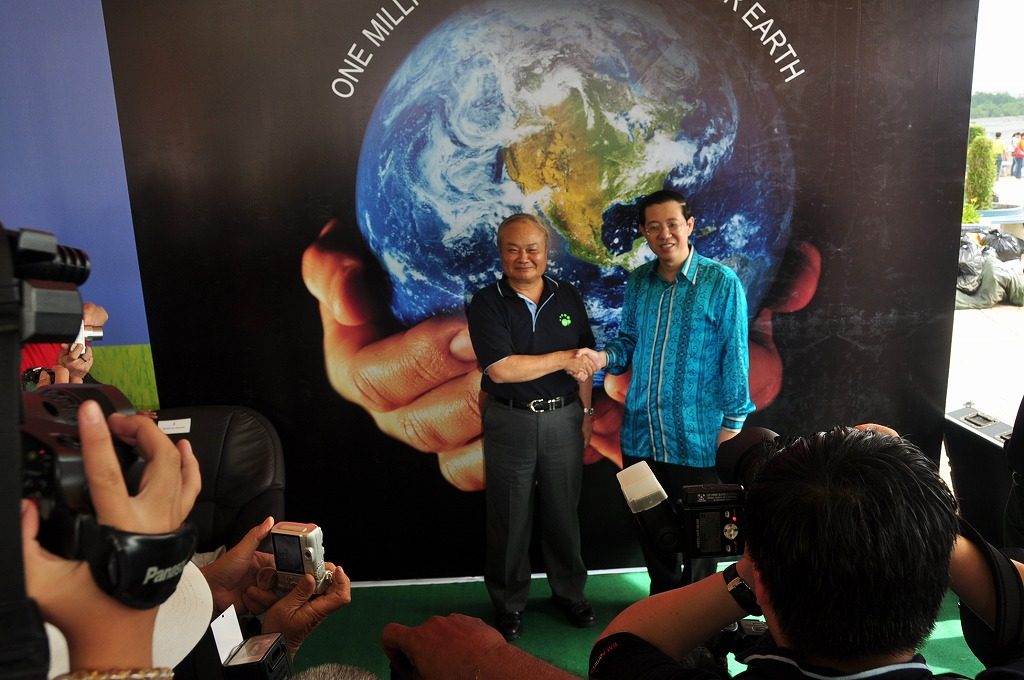 Prof. Teruo Higa was invited to give a seminar on EM and ask participants to create environmental consciousness by joining making and throwing EM Mudballs in Penang state rivers and channels.

The opening ceremony of the environmental awareness event, “One Million Apologies to Mother Earth” where Mr. Lim Guan Eng, the Chief Minister of Penang was in charge of the inauguration held on August 8th 2009 at Gurney Drive.
The event was highlighted with a state-wide throwing of one million EM mudballs into channels, rivers and seafronts in Penang state with the participation of approximately 18,000 people that threw 1.2 million EM Mudballs into polluted river and seashore.
The same day, Prof. Higa signed a proclamation declaring August 8th as the “World EM Mudball Day” in the presence of the state governor.

Mr. Soo remembered that was worried about how he could make the one million mudballs but one day a nine-year-old girl came to see him, and said, “We did terrible things to the earth’s environment. We want to apologize to the earth and make EM mudballs to help out.” This reinvigorated Mr. Soo and making EM Mudballs became a statewide project reaching 1.2 million of EM Mudballs. 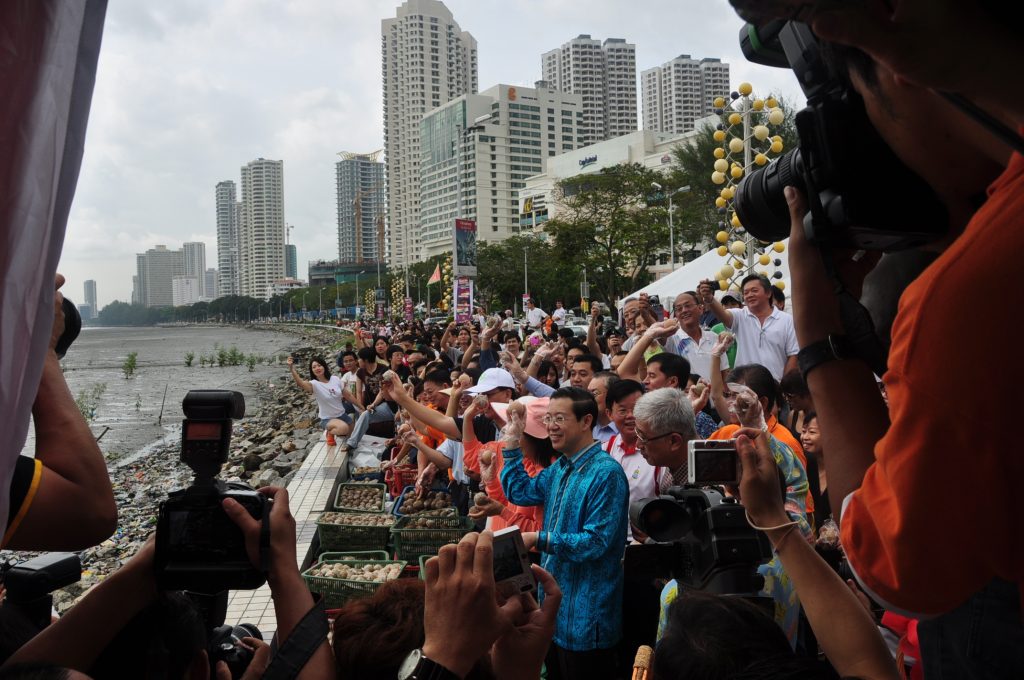 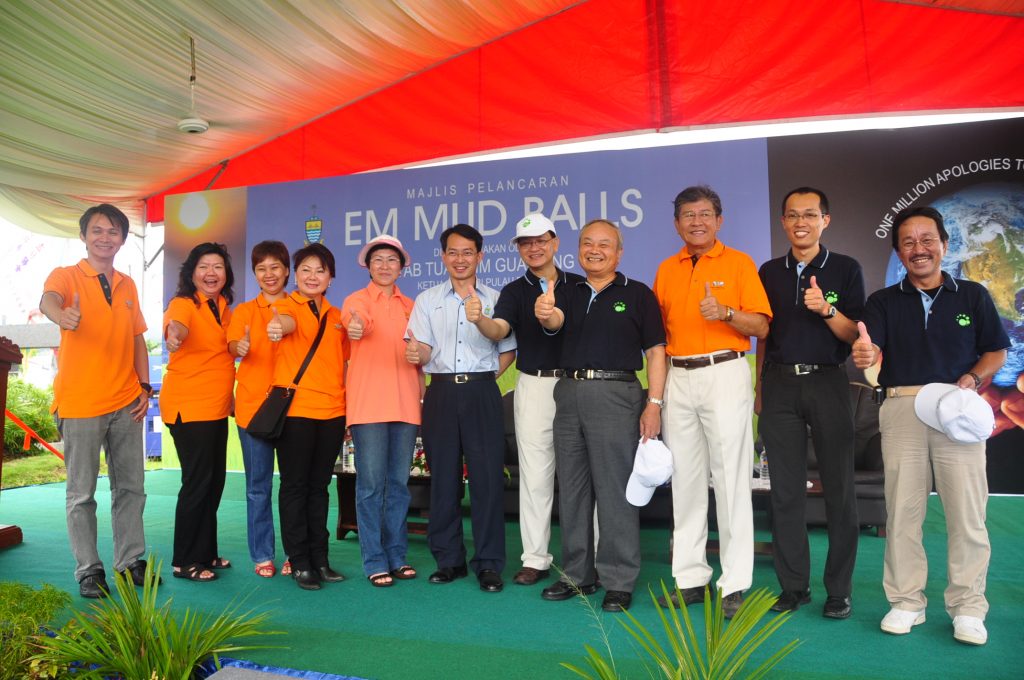 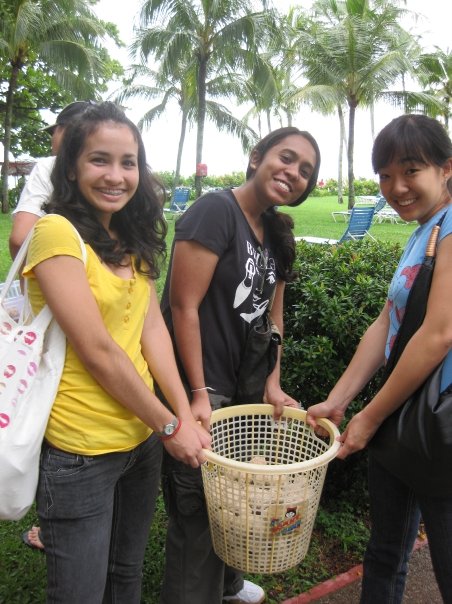 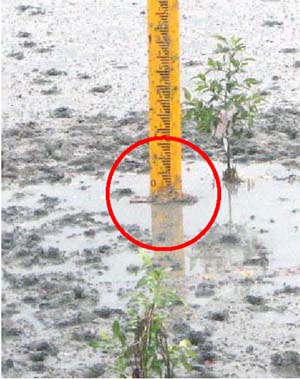 Measure of sludge before applying EM Mudballs at Gurney Drive 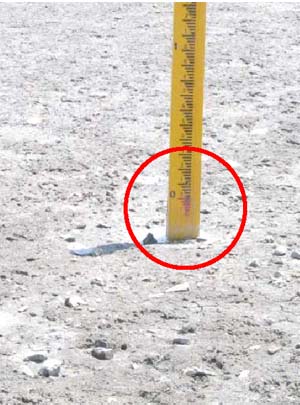 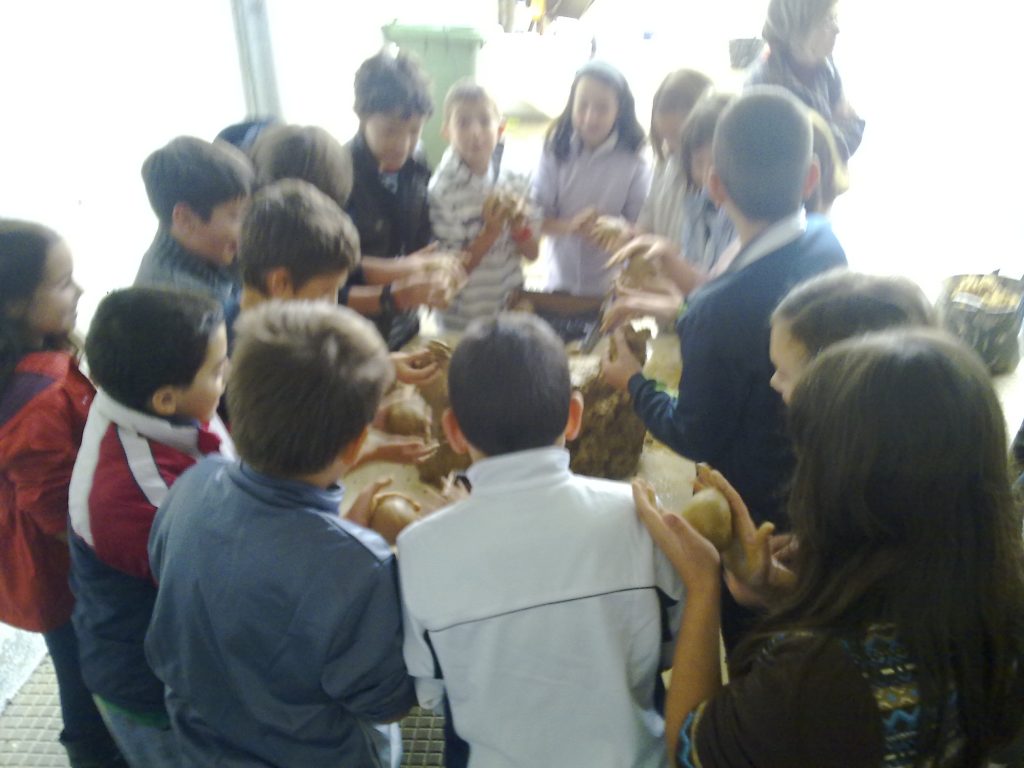 The magnitude and passion of this event boosted what we call as the “EM Mudballs Movement” worldwide.
In Japan, the EM Mudball Movement held during the Ocean Day on July 20th every year throughout Japan. EM groups along with volunteers gather to make and throw EM mudballs hoping to keep rivers and sea coasts clean. In Okinawa, the event is celebrated with volunteers who wants to keep beaches clean so participants start collecting waste and ended throwing EM mudballs. 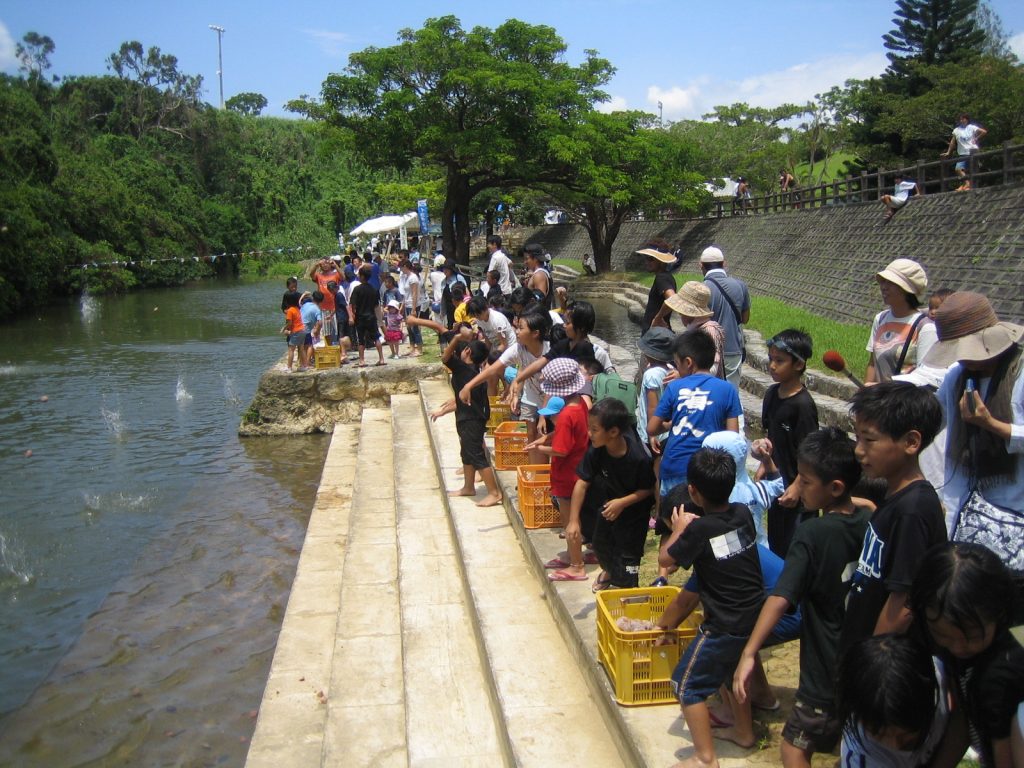 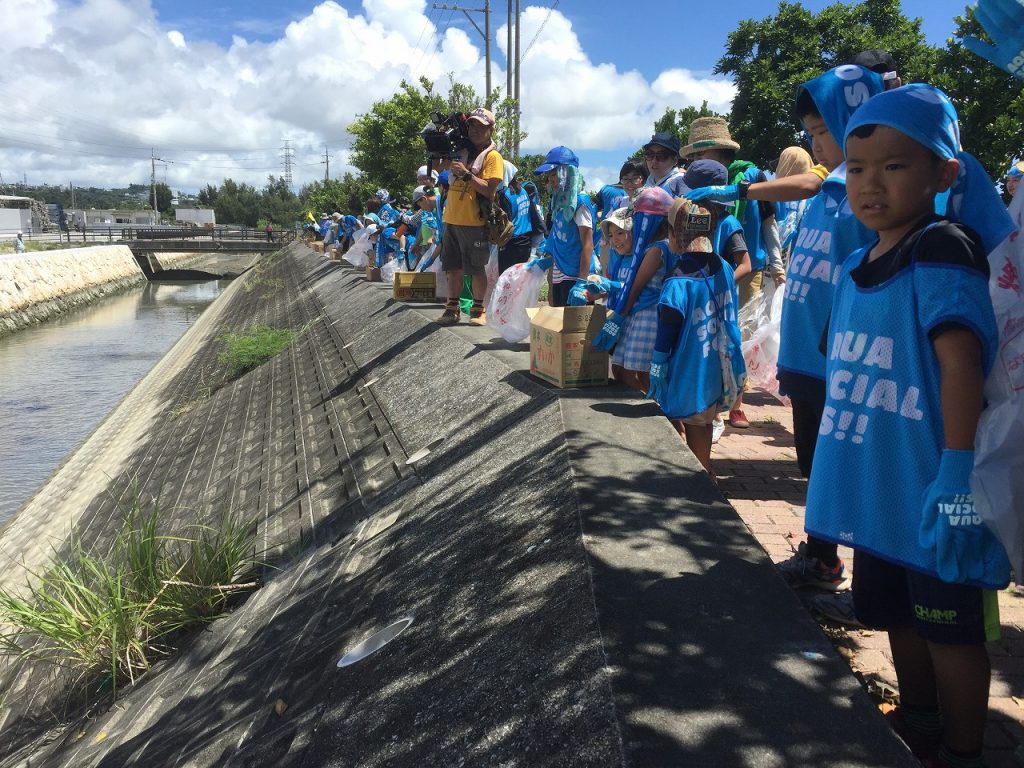 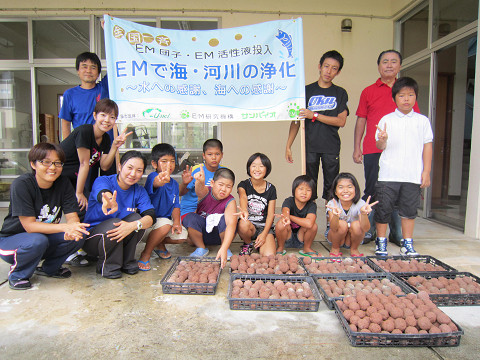 In Thailand, during the big flood of 2011, thousands of volunteers joined to make EM mudballs everywhere in community halls and even in shopping malls to act against the serious pollution of water. Even the Prime Minister in charge, joined the movement and threw EM mudballs while supplying emergency relief goods (see the news at REUTERS). Read more at EM to Fight the Worst Flood in Thailand History 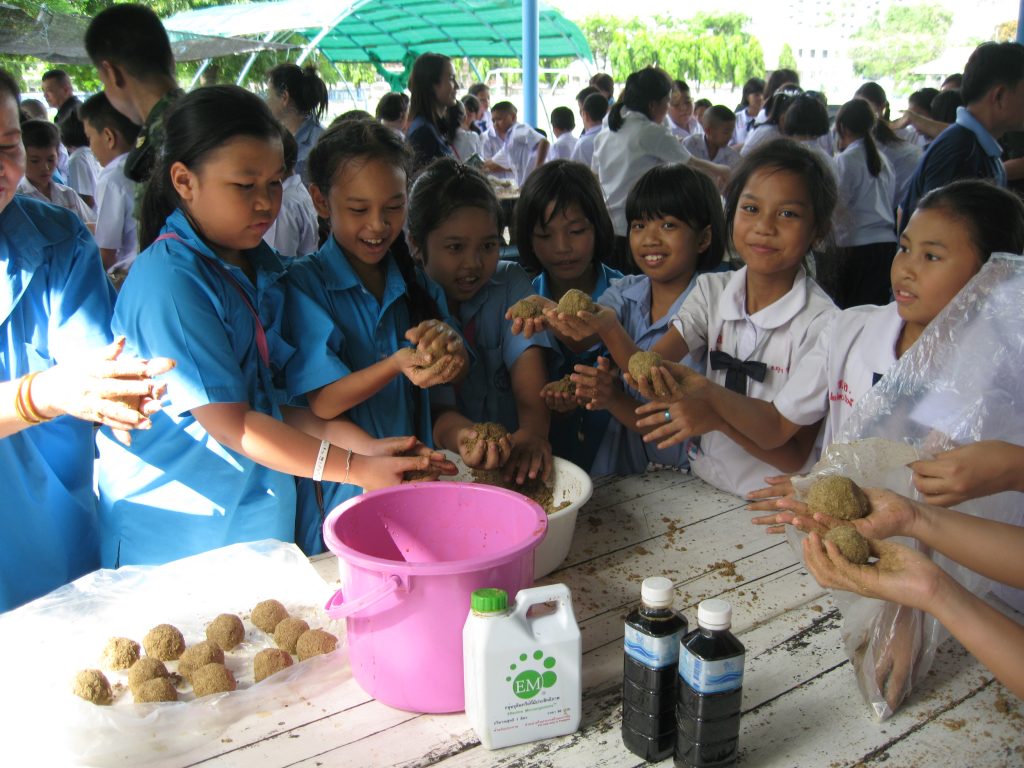 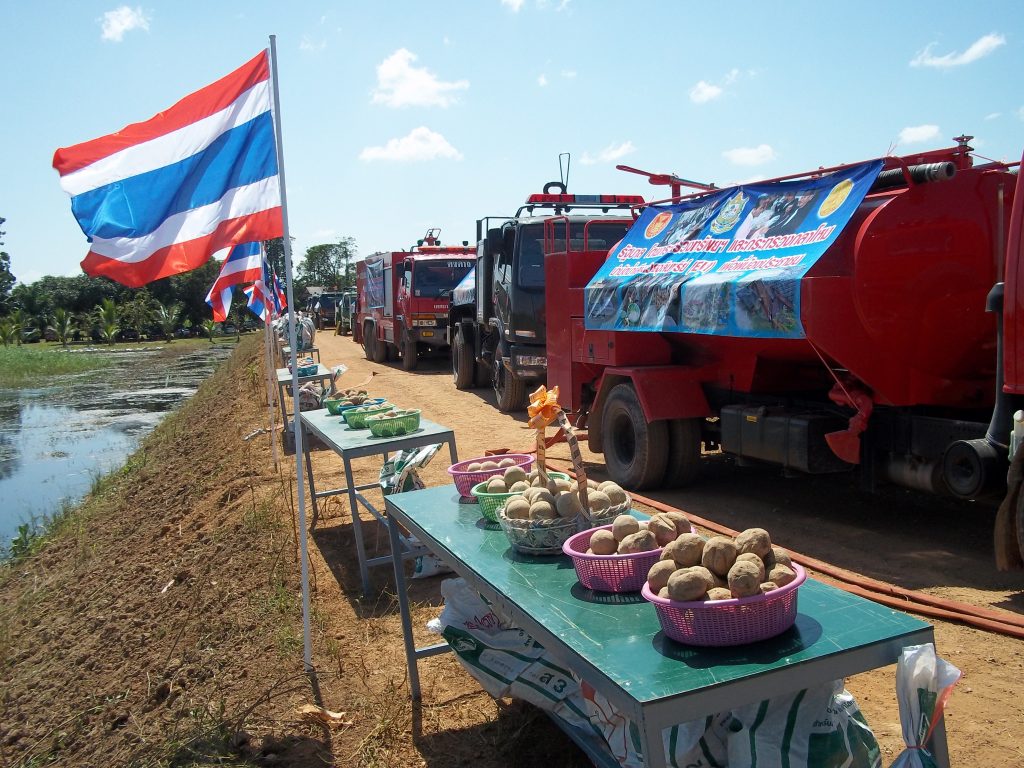 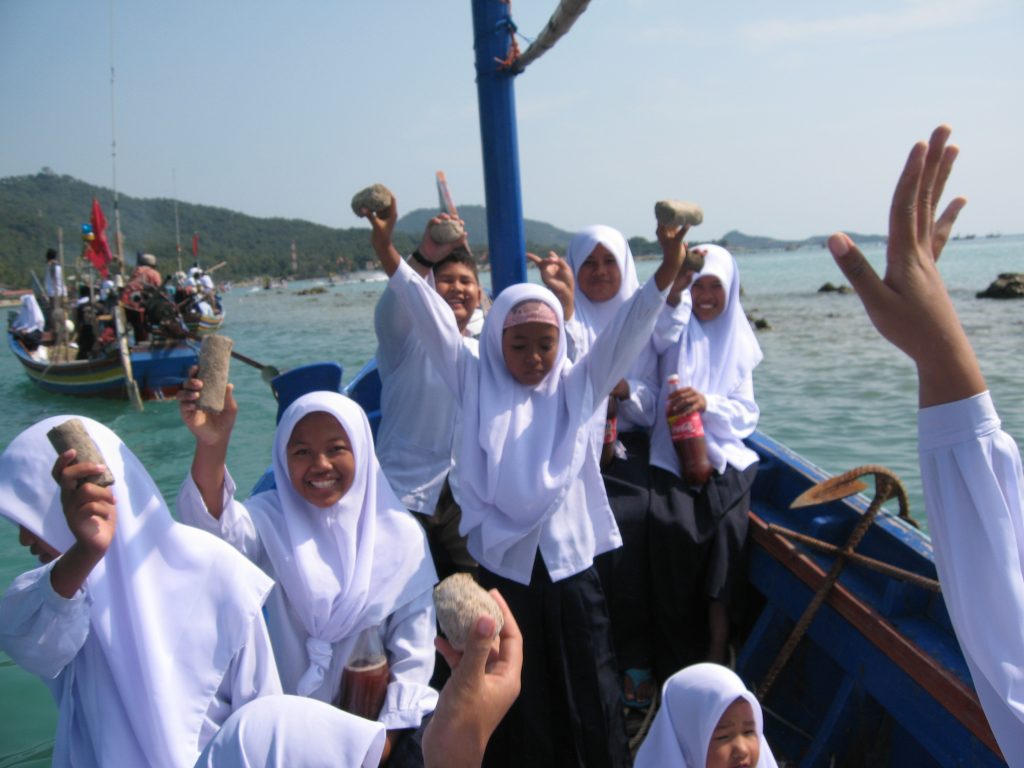 In the Philippines, EM Mudball Movement is getting excited with a group of young people concerned on pollution which has called for the project known as “the fight of Super Mudball”. They earnest promote how to care about environment and take advantage of EM mudballs. They organize events and workshops periodically to throw the EM mudballs into rivers and channels. 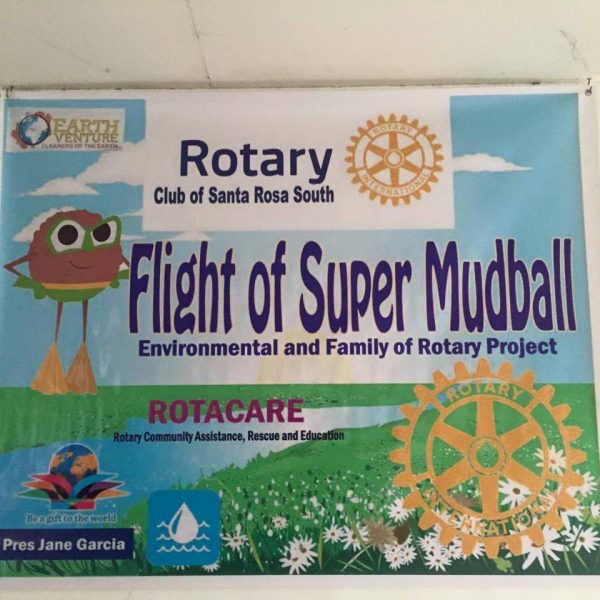 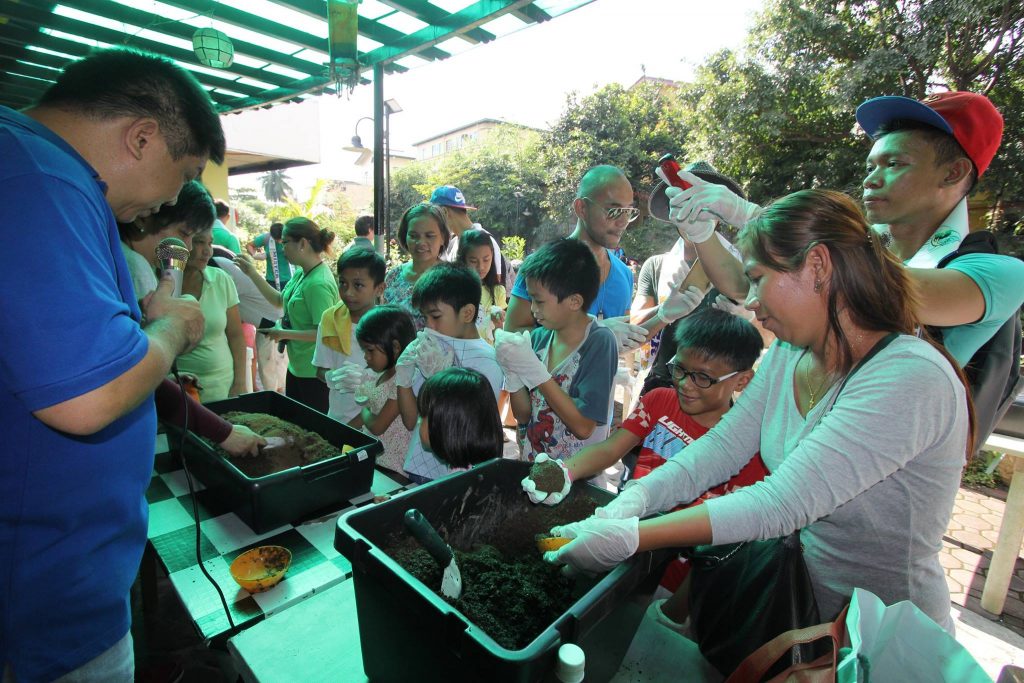 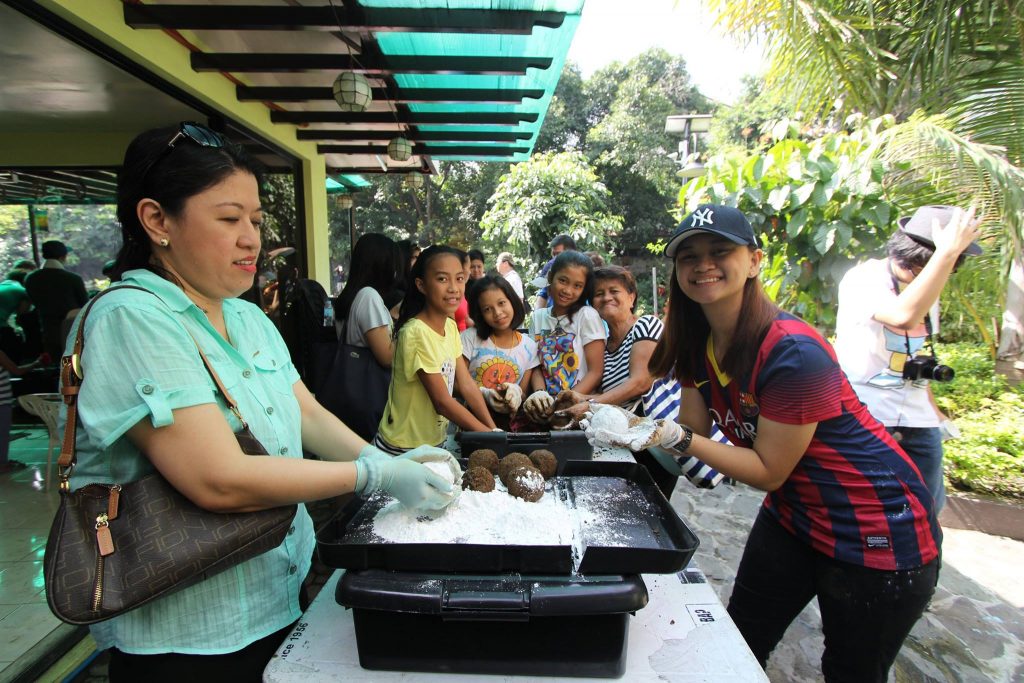 In Russia, also enthusiastic at this movement, our partner along with government support, has launched a project to purify Amur bay in Vladivostok in 2016. They use boats to apply more than 35000 EM mudballs into the sea. 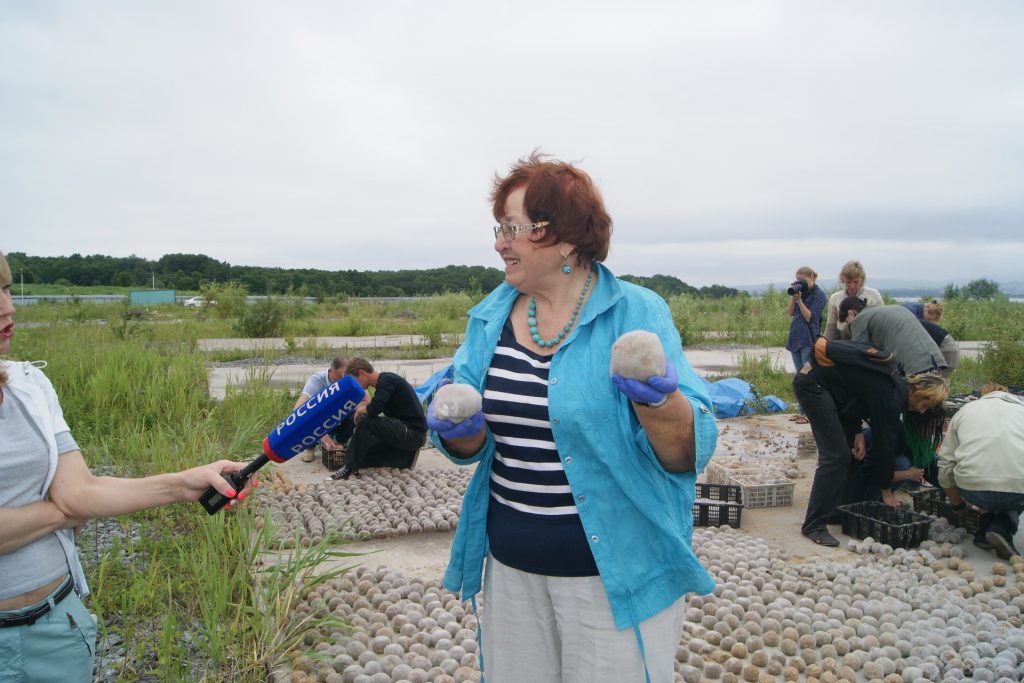 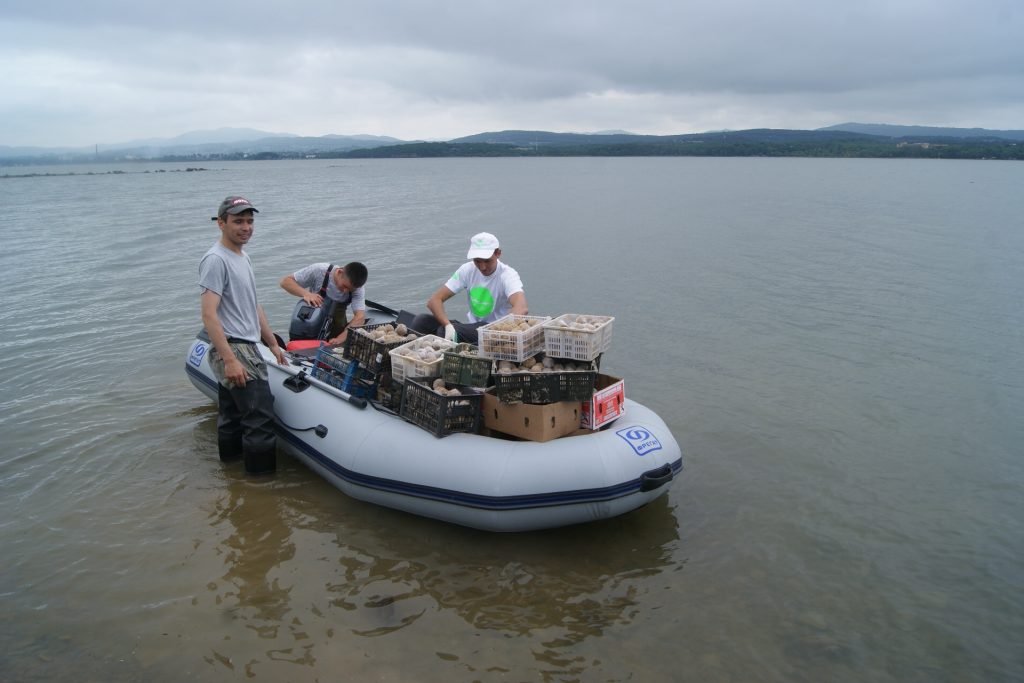 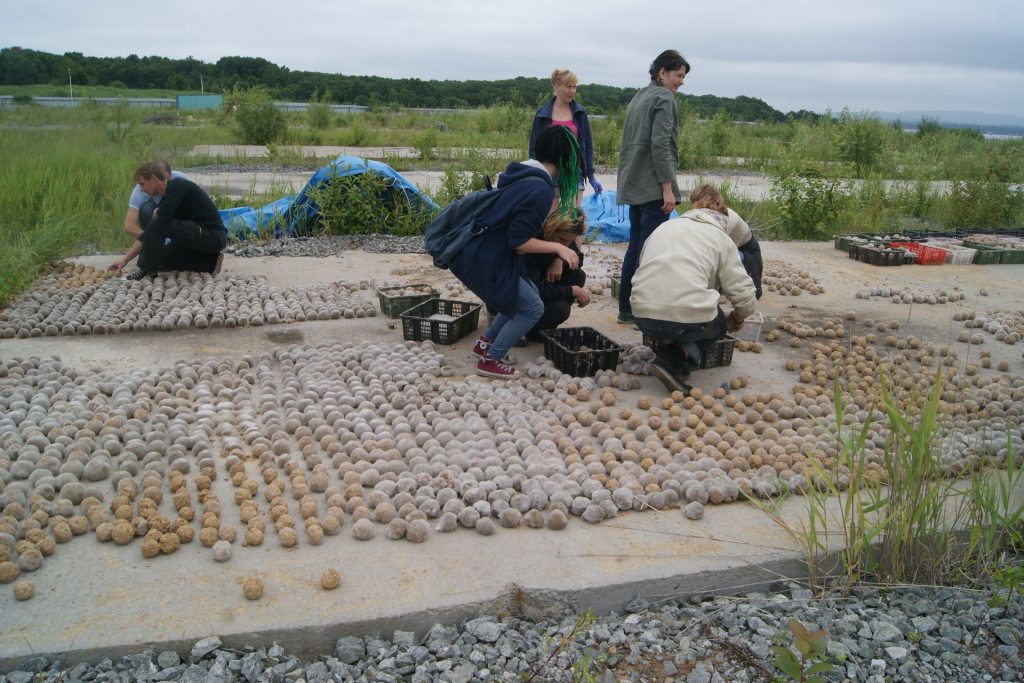 In Brazil, our partner has launched events with governmental and private entities to clean rivers and ponds involiving community and children to create a better environment. 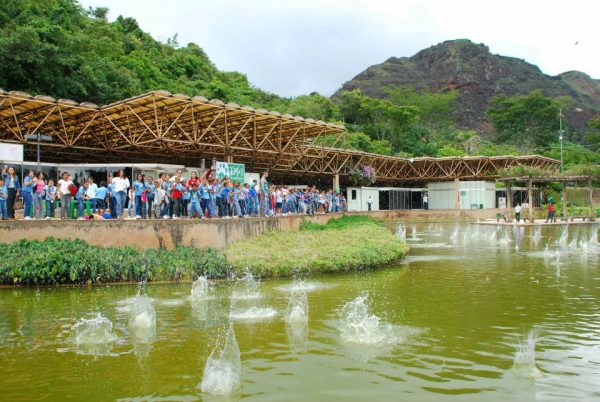 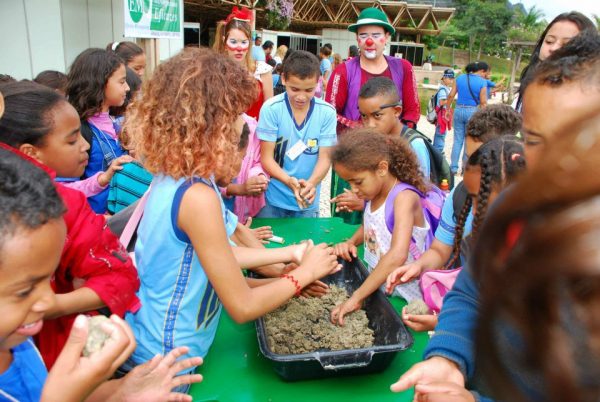 And there are many more countries that inspired by the EM Mudball are continuously helping the natural environment. 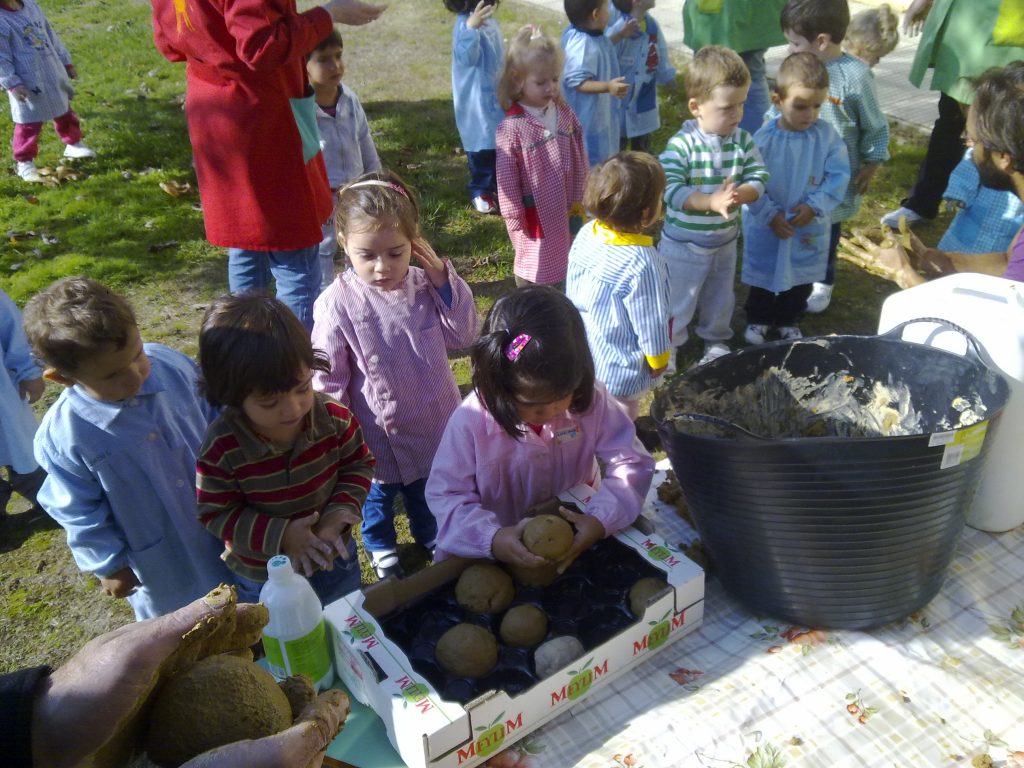 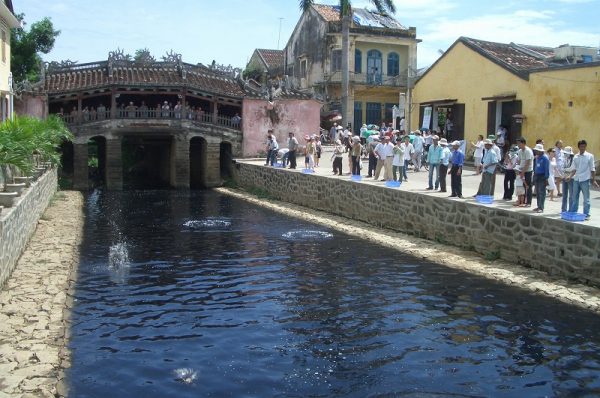 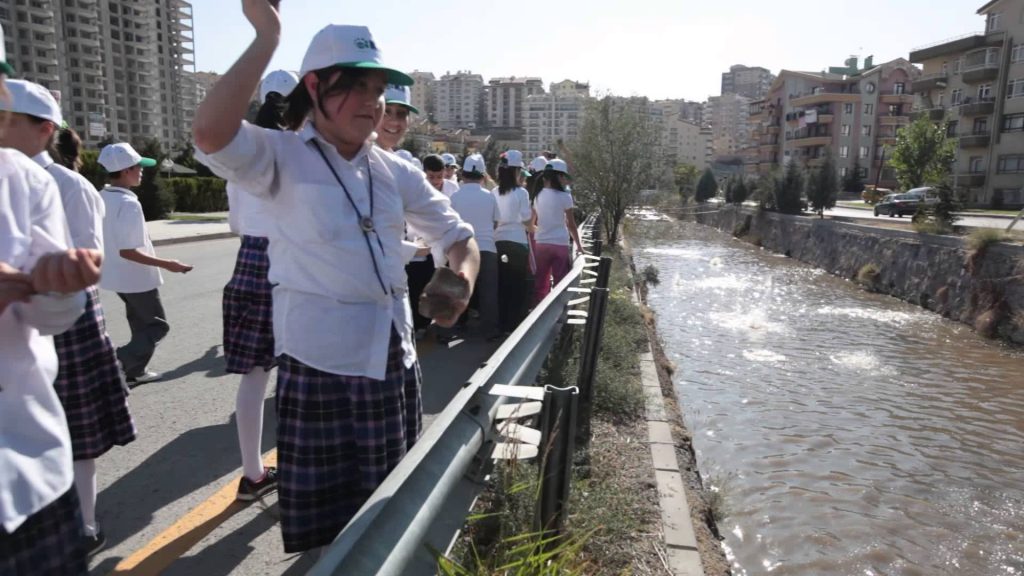