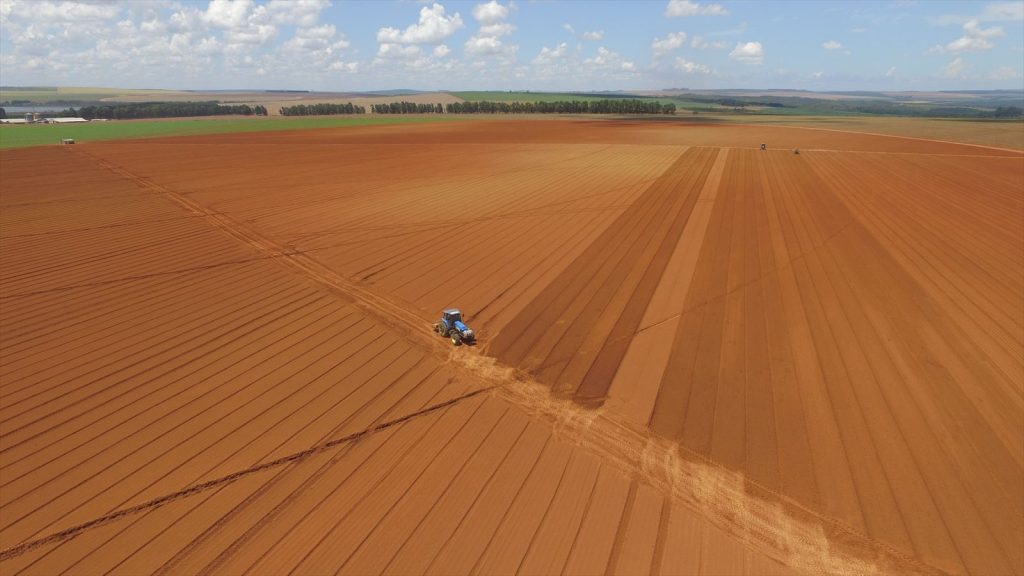 Agrosalgueiro Group in Brazil has started the use of EM in large scale since 2014. EM-1 is being used to seed treatment, soil treatment, plant treatment and diseas e controls.

Because they have vast fields to take care of, a very large amount of Activated EM・1 also needs to be manufactured. 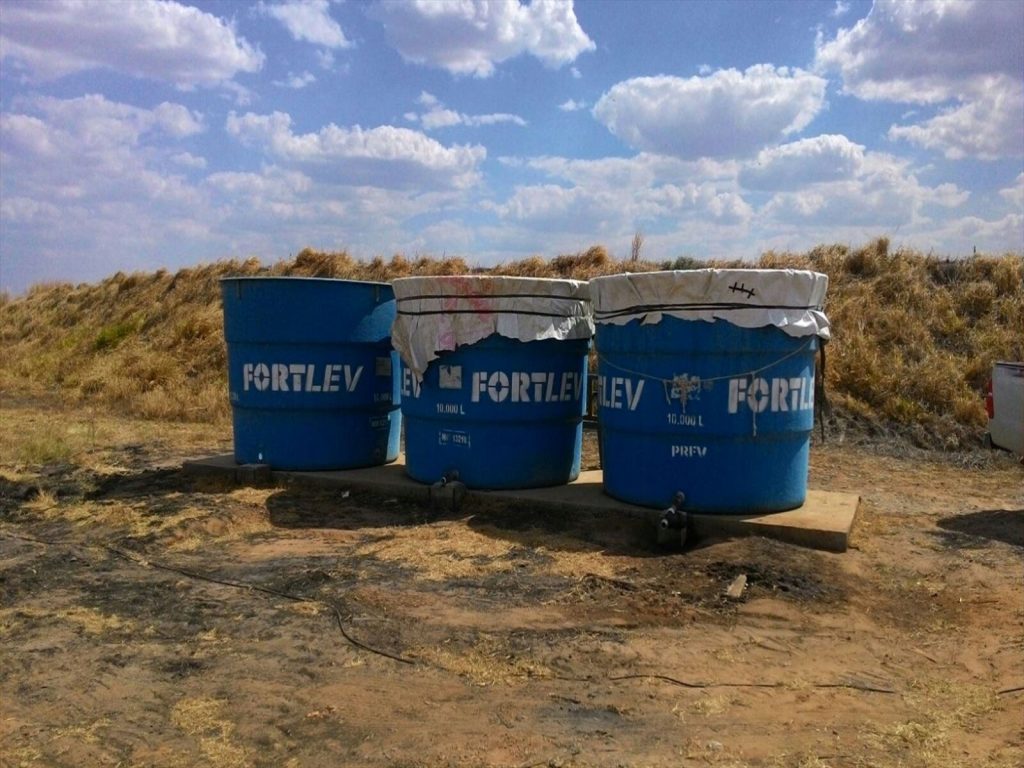 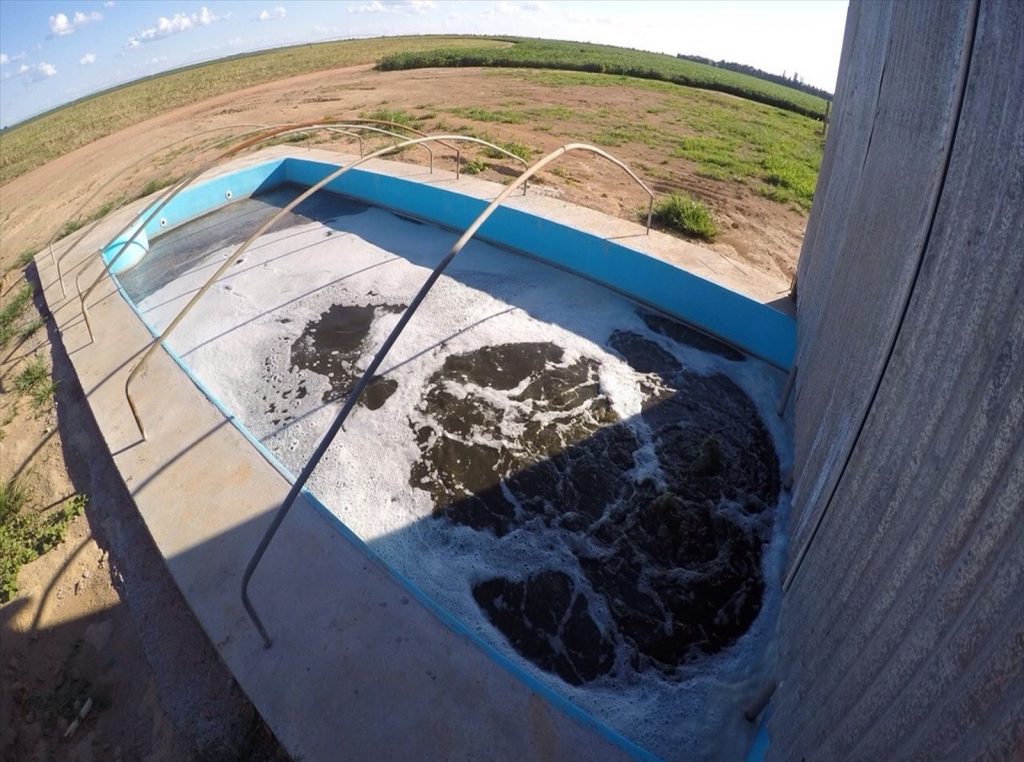 To produce large amount of Activated EM・1, they use swimming pools 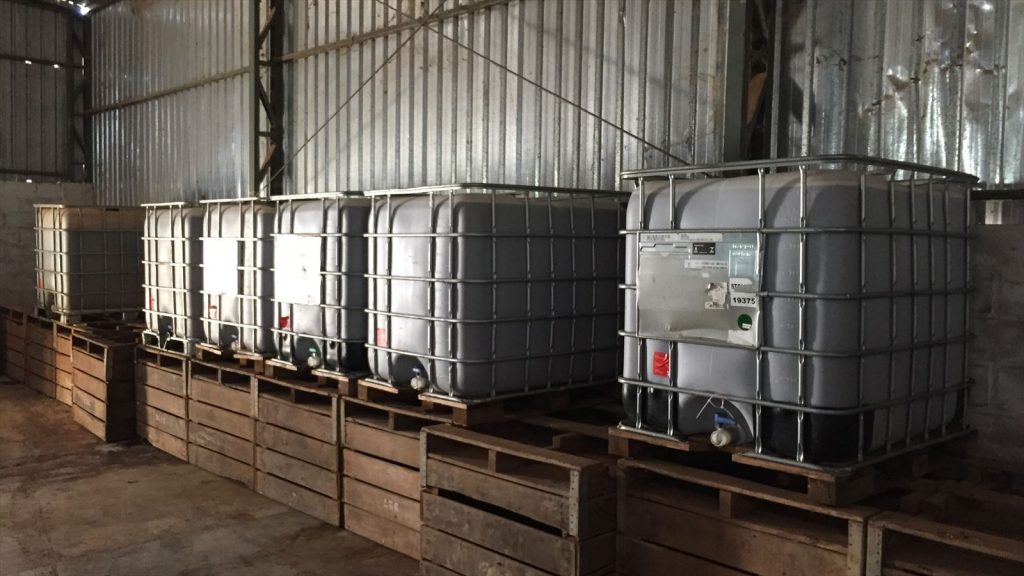 EM・1 and EM・5 being cultured 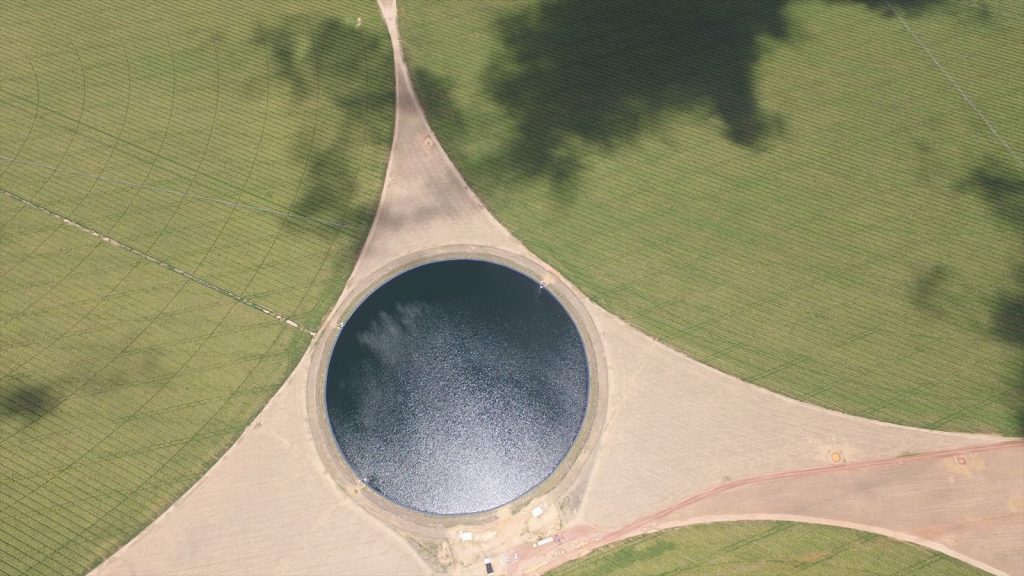 EM-1 is signiticantly used for treating seeds before planting them.
They mix EM-1 with other inoculants and even fungicides. Seeds are germinating faster and the effects of the inoculants on root growth have been improved. 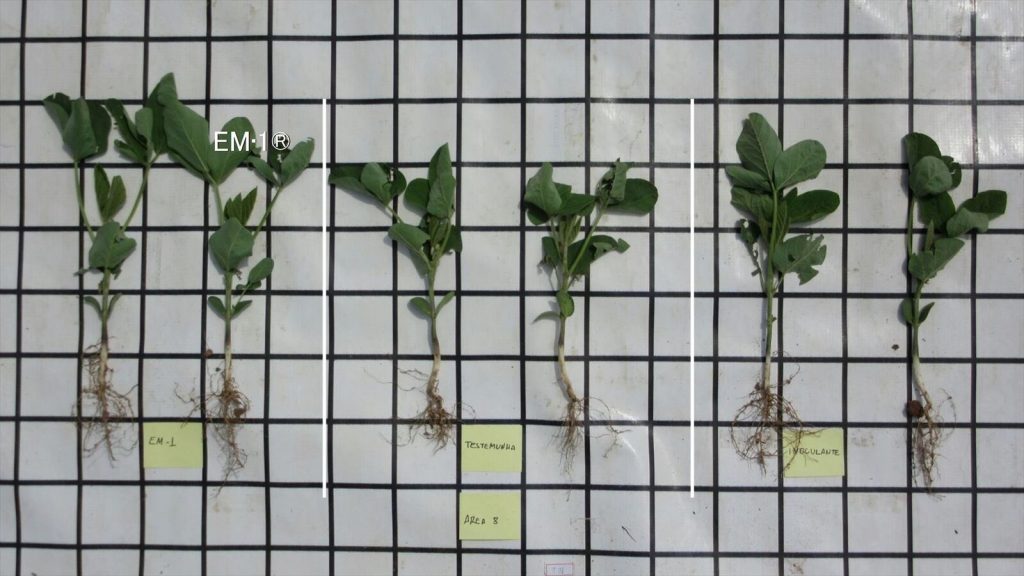 2 seedlings from the left are treated by EM・1 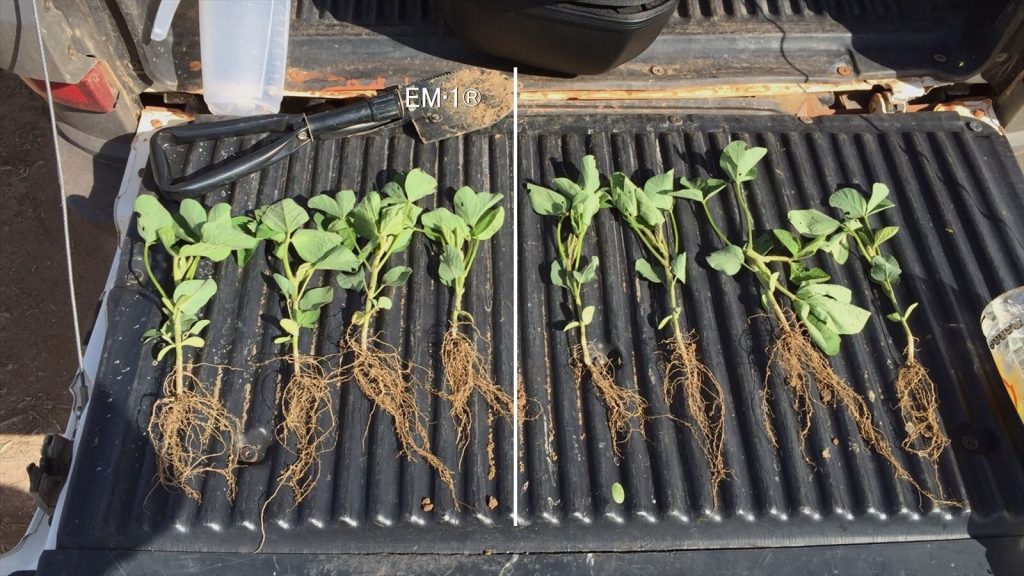 4 on the left are EM treated. 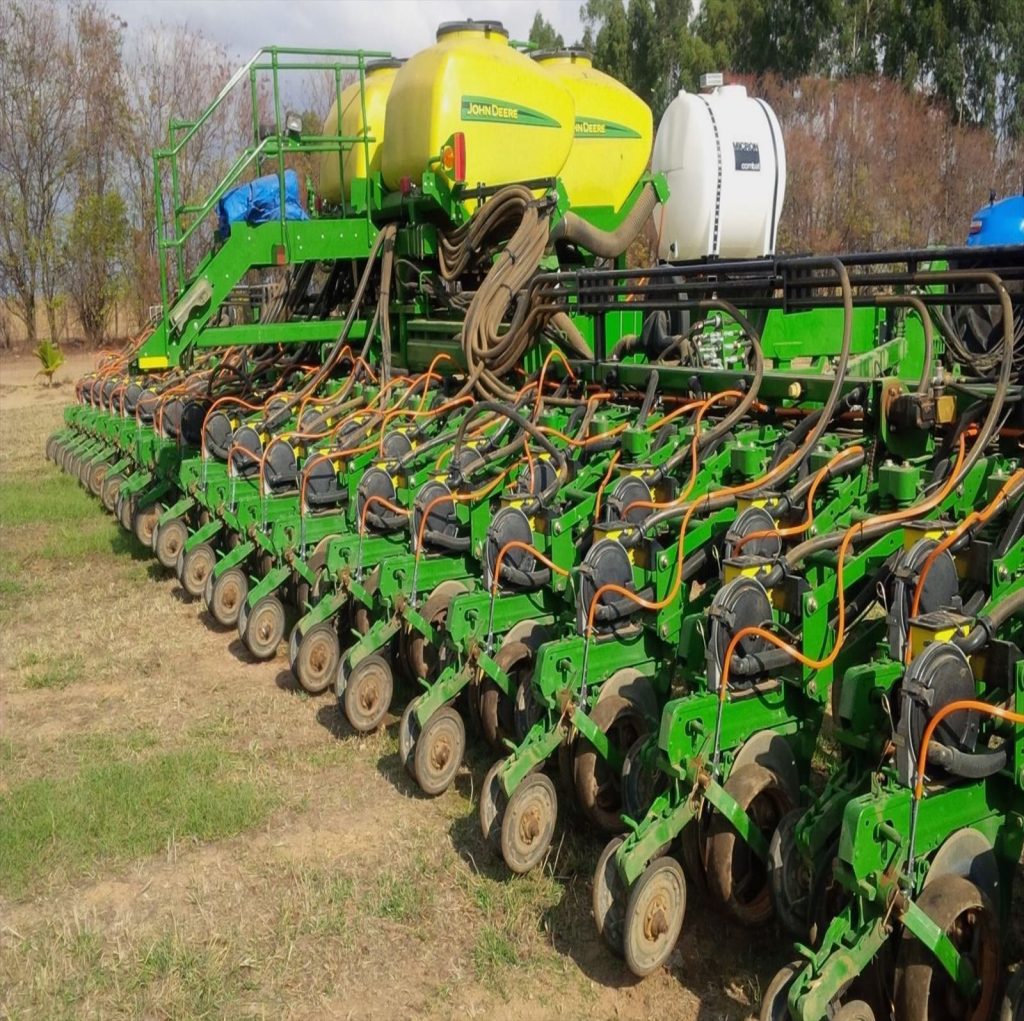 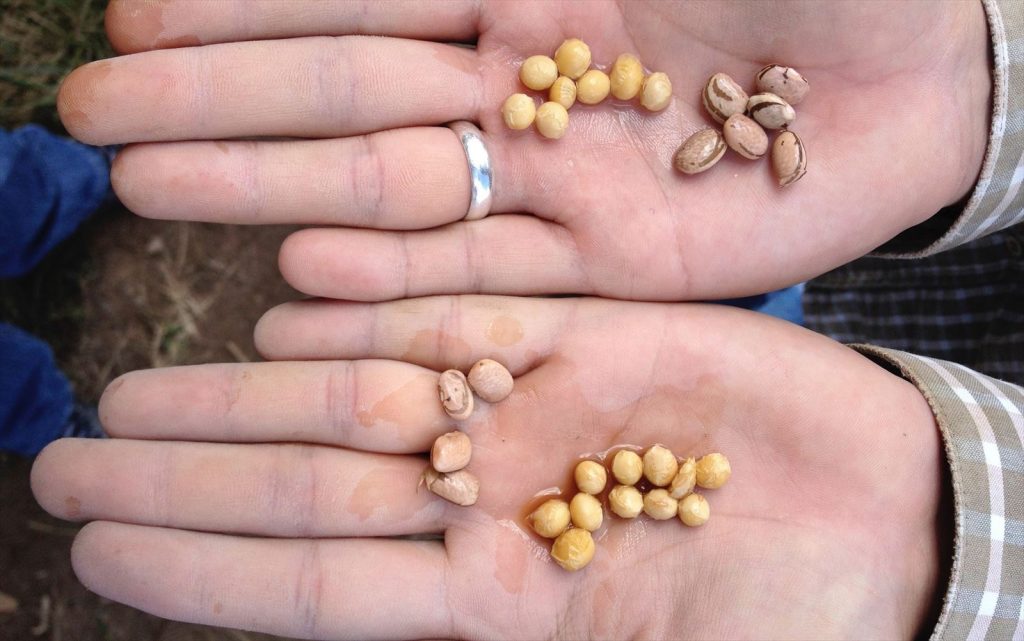 EM・1 is being used to reestablish life on soil, favoring a better composition of organic matter as well as favoring the development of other good microorganisms.

Areas of soybeans where EM・1 had been used for soil for more than 2 years, had shown an increasingly reduction of menatodes problems. Natural and beneficial fungus that develped on soil worked as antagonist to nematodes, or even became natural predators for nematodes. 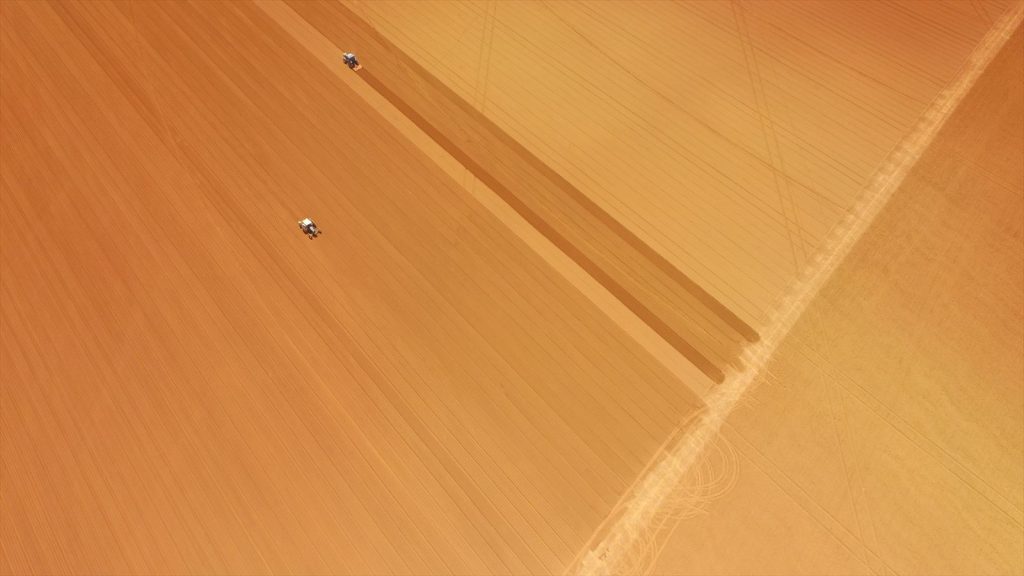 Aerial view of the farm 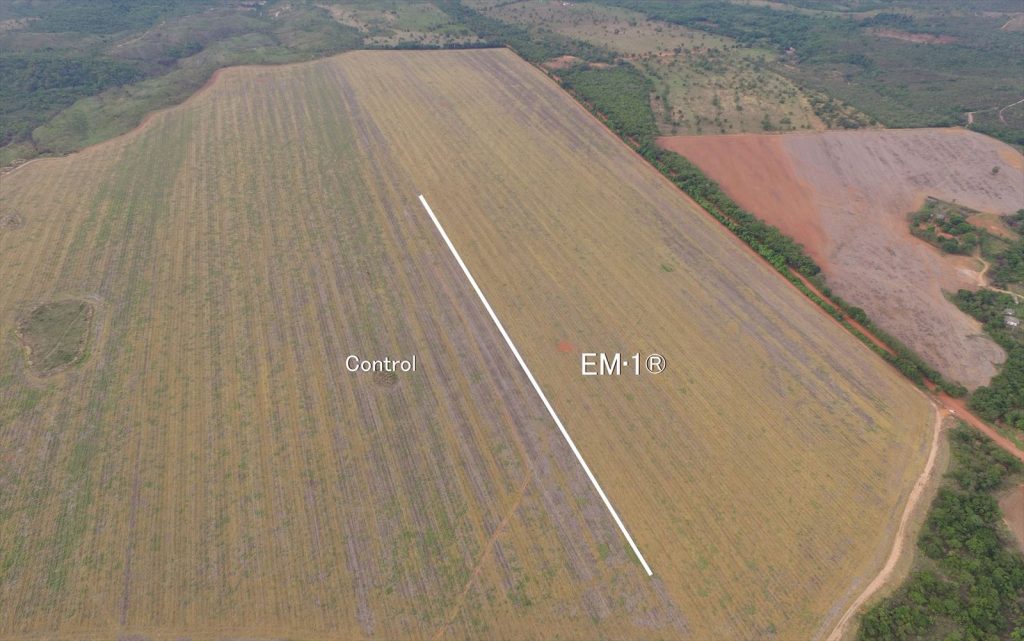 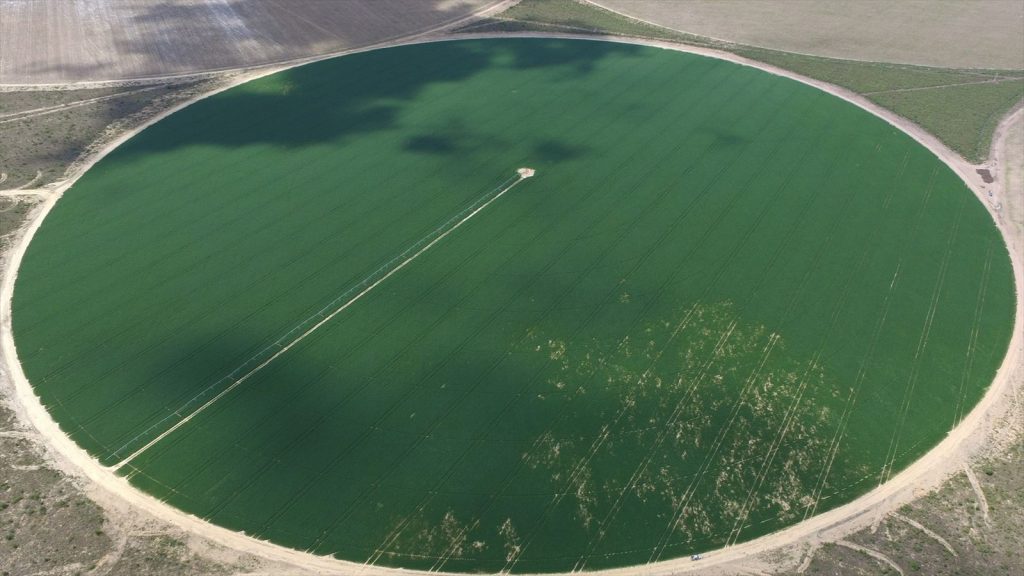 [BEFORE] Soybean Area affected by nematodes. 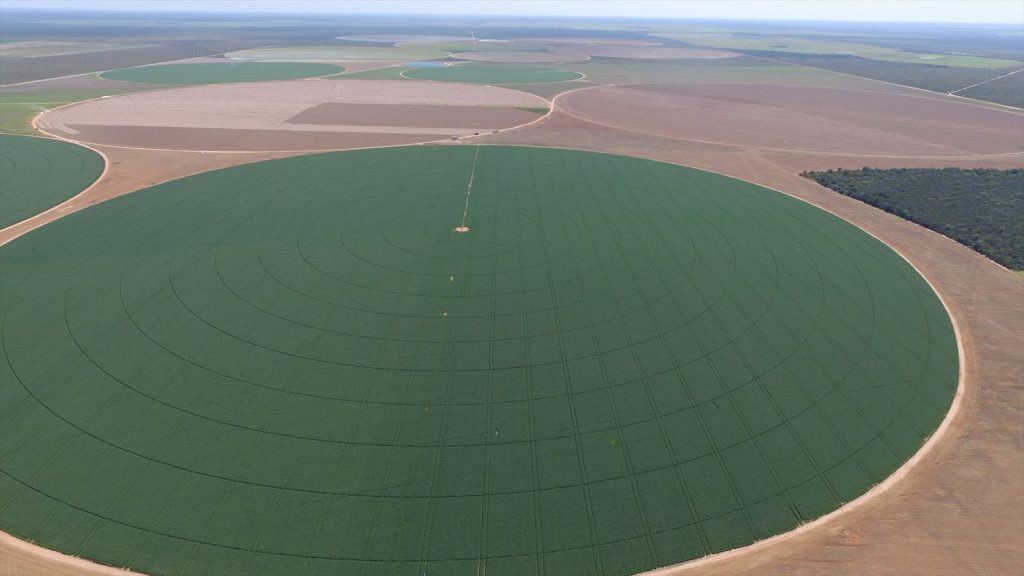 [AFTER] The same area recovered 1 year after EM treatment. 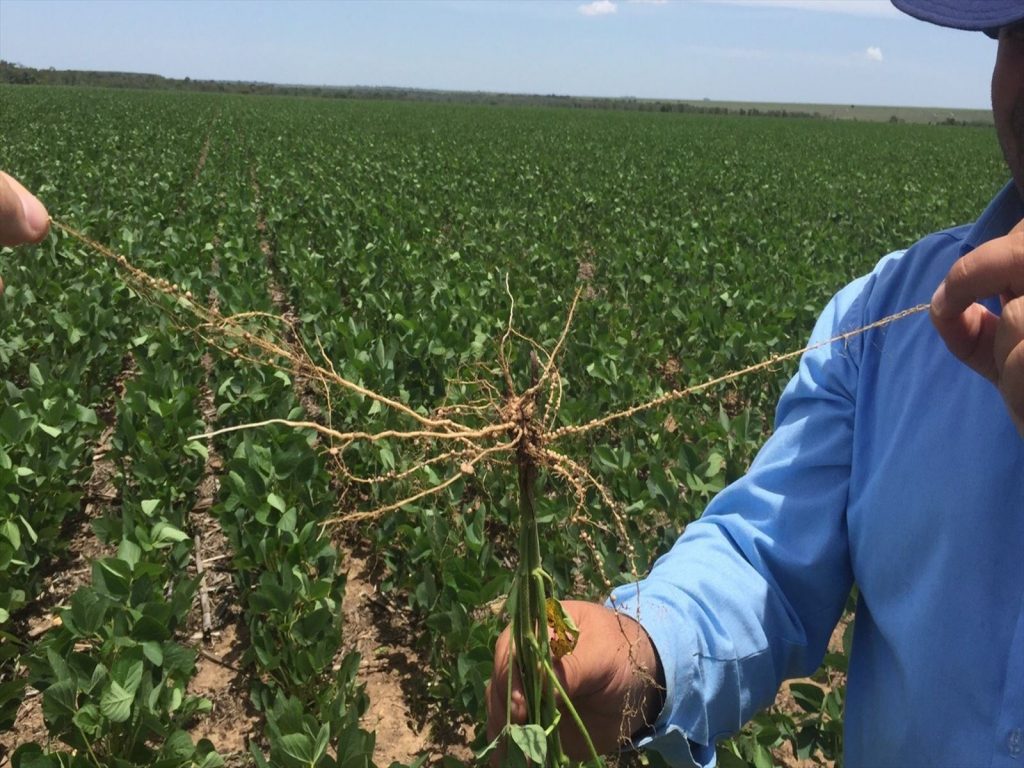 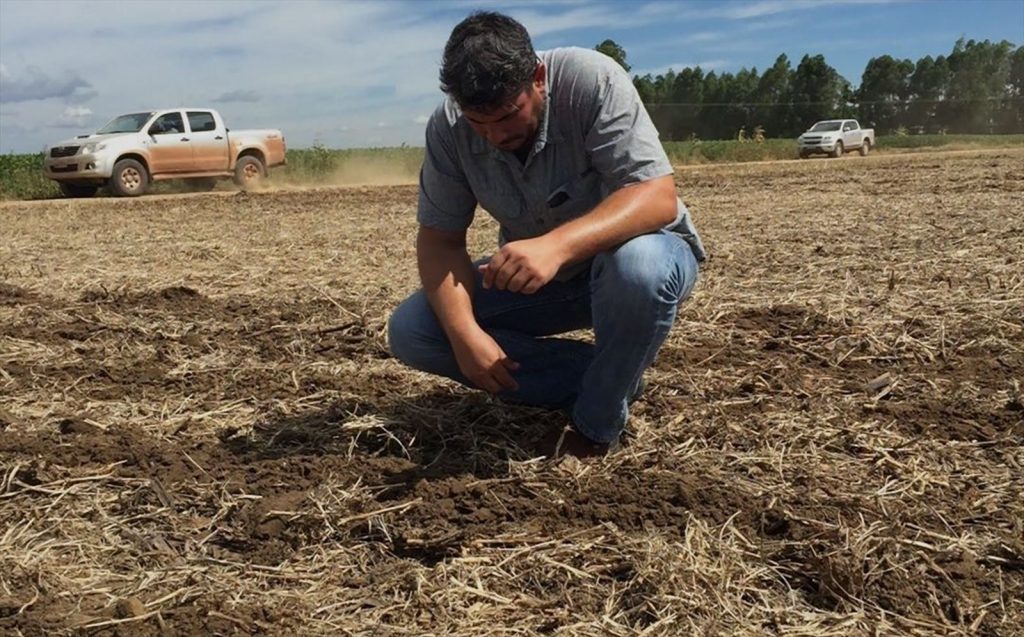 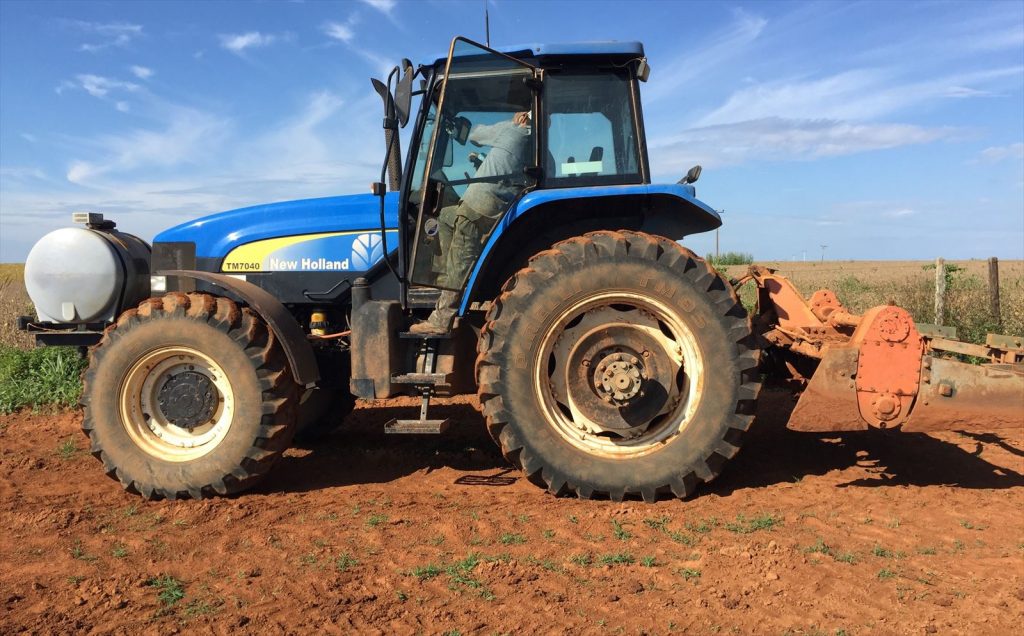 It was reported that farms using EM・1 effectively at the ratio of at least 20L/ha have increased their yield average by 4%.

The economic impact of 4% increased in yeild average us about $55/ha.

Furthermore, less application and less use of agrochemicals reduces the cost, resulting in reducing the cost for chemicals $39/ha, thus net saving is $94/ha. 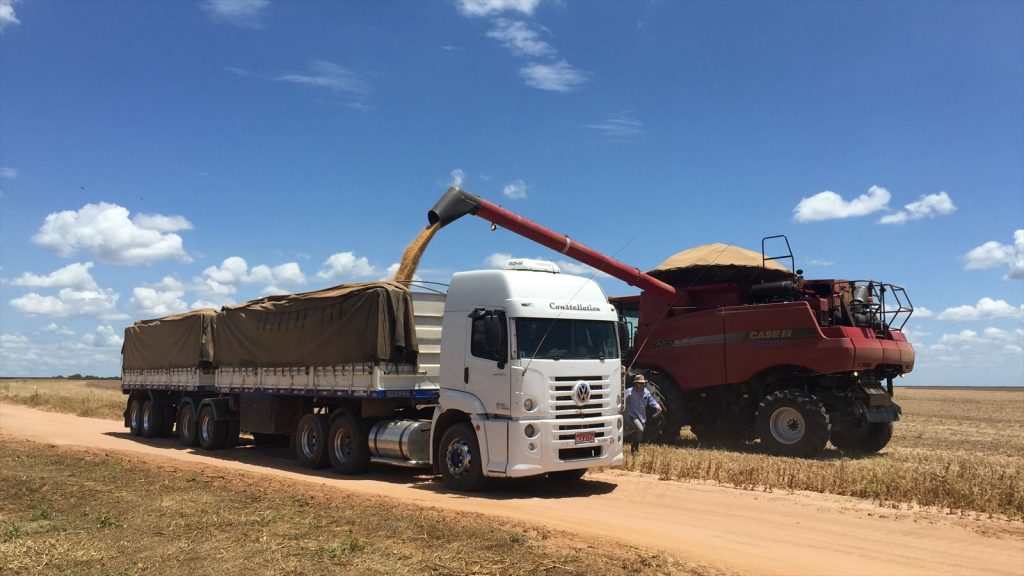 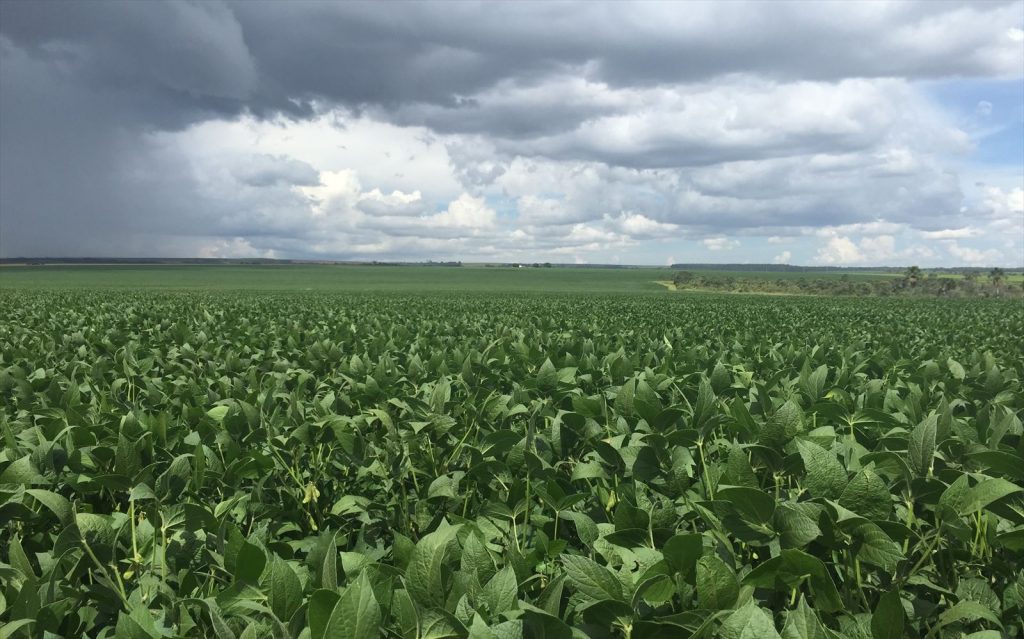 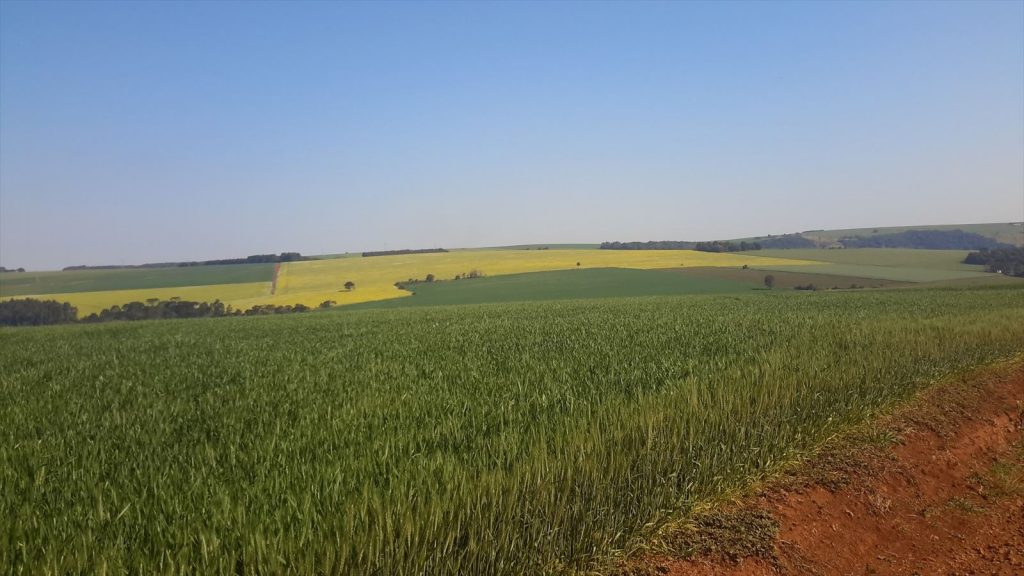 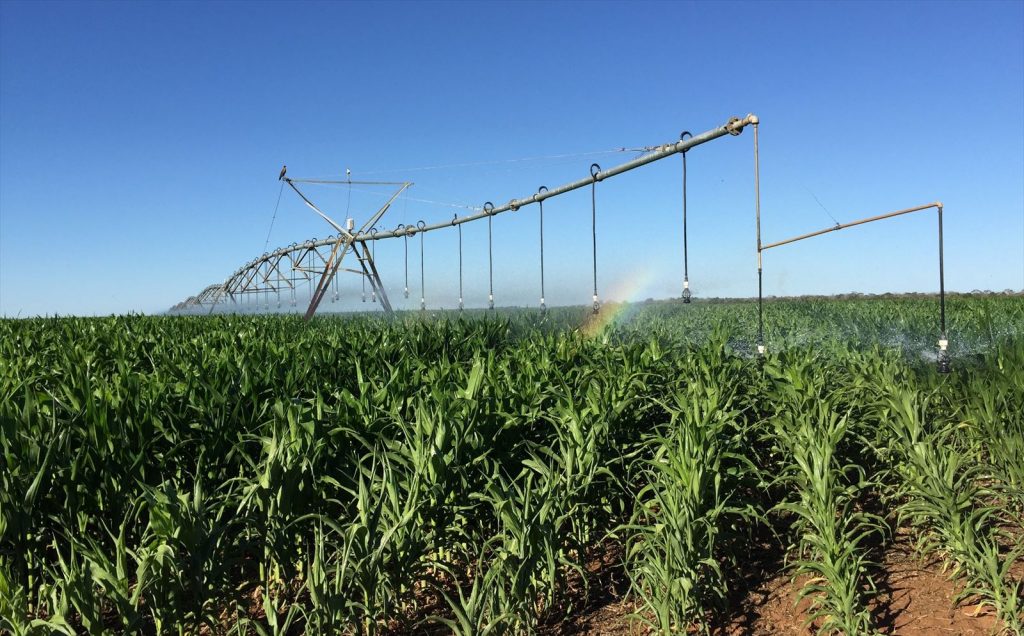 Farms that are using EM・1 for more than 2 years have reported better soil quality, better organic matter on soil, and better levels of nutrients.

It also helps farmers save money and they feel happier to work with a safe product. According to the farmers, EM・1 is bringing new perspectives, new hopes and it is encouraging them for new investments.