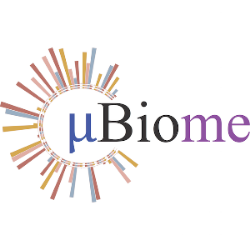 Your skin is your largest organ, and it’s crawling with bacteria.
In 2009 researchers at the National Human Genome Research Institute in Maryland said: “Hairy, moist underarms lie a short distance from smooth dry forearms, but these two niches are likely as ecologically dissimilar as rainforests are to deserts.”

They were talking of course about the bacteria on your skin and mine.

It’s easy to focus on the gut when you think about the microbiome, for that’s where most of your body’s bacteria are found.

But there are also a lot of bacteria lurking on your skin, and the composition does indeed tend to vary widely from place to place.

This is probably not surprising.

The skin is actually a human’s largest organ, weighing in at around 8 pounds (3.6 kg) and measuring about 22 square feet (2 sq m), about the size of a twin bed.

The first is made up of areas typified by oily or sebaceous glands, such as the head, neck and trunk which tend to secrete a mixture of liquids called sebum. These sections of the skin microbiome tend to be dominated by Propionibacterium species, including one tellingly called Propionibacterium acnes, which is associated with skin blemishes.

The skin microbiome’s second territory consists of moist places, including the crease of the elbow and between the toes. Here it’s common to find the bacterial genus Corynebacterium.

The third type of skin microbiome is what those 2009 researchers would have called the deserts. These are the drier surfaces of the body, consisting of uncreased expanses of skin such as the forearm or leg. You’ll tend to uncover few microorganisms here, since there’s not much for them to munch on, but those that you will find tend to be dominated by Staphylococcus species, in particular Staphylococcus epidermidis.

Speaking of those moist sites, it’s bacteria that cause smelly, cheesy feet.

Feet sweat, of course, but sweat itself is odorless.

It’s the chemicals produced by sweat-loving bacteria which produce the stench, which researchers conclude is like the smell of Limburger cheese.

Actually, although stinky shoes sometimes tend to be talked about laughingly (although not in the case of one British man who reportedly sought a divorce because of his wife’s odorous feet) there is a very serious side to all this.

Mosquitoes that carry the malaria parasite are apparently particularly drawn to smelly feet.

Ranate Smallegange, the entomologist who discovered this, said that the foot’s sweat glands secrete salts, glucose, vitamins and amino acids, which provide the perfect diet for bacteria.

Scientists study this kind of thing in order to build mosquito traps, in an effort to beat malaria.

And the perfect bait for a mosquito trap, it seems, is something that smells like smelly feet.

Actually, a Dutch scientist named Bart Knols won a 2006 Ig Nobel prize for showing that female mosquitoes are equally attracted to smelly feet and a slice of Limburger.

So what about personal hygiene, and in particular regular washing?

Does this rid our skin of bacteria?

Well, yes, but not always—more of this in a minute.

First, when researchers at the London School of Hygiene and Tropical Medicine asked people to deliberately touch door handles and railings in public spaces, a disturbing 44% were later found to have fecal bacteria on their hands.

This number was reduced to 23% by washing with water only, and to 8% by using ordinary (non-antibacterial) soap and water.

Of course, it depends on whether the soap you’re using is clean in the first place, however.

In fact a 2011 University of Arizona study suggested that one in four refillable soap dispensers in public restrooms were contaminated with bacteria.

And at one elementary school, kids had more contaminated hands after washing in the bathroom than they’d had before.

Not the most appetizing thought for those of us with kids in school. I think I’ll remind mine to wash their hands with soap when they get home today.