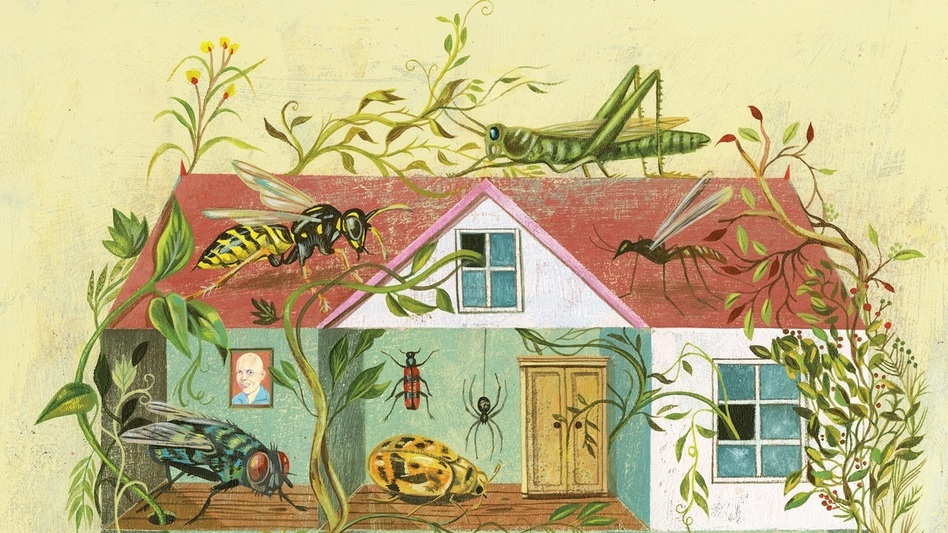 Humans would do better to accept many of the life forms that share our space, than to scrub them all away, says ecologist Rob Dunn

You may be shocked by what’s living in your home — the bacteria, the fungi, viruses, parasites and insects. Probably many more organisms than you imagined.

“Every surface; every bit of air; every bit of water in your home is alive,” says Rob Dunn, a professor of applied ecology at North Carolina State University in Raleigh. “The average house has thousands of species.”

Dunn started out studying microorganisms and insects in rain forests, but his focus gradually shifted toward backyards and houses. “I eventually found myself in homes with the realization that a lot of what I’d done in jungles … we could do under the bed and showers,” he says. “And we were making the same kinds of discoveries I’d make in Bolivia or Ghana or Australia or anywhere else.”

Dunn’s new book, Never Home Alone, describes the tiny life forms he’s found living in different parts of the home, including on floors and water faucets and in basements and heating, ventilation and air conditioning systems.

Dunn warns that, too often, people attempt to scrub away all microbes — without considering that some of the organisms may actually be beneficial. Take antibacterial soaps, for instance. Dunn notes that although antibacterial soaps kill pathogens, they also tend to favor some bacteria that are harmful to humans.

“They’re really a great example of where we’ve gone too far in trying to kill everything around us, and it’s had unintended consequences,” he says.

Instead, Dunn suggests that humans would do better to accept the microbes that share our space.

“Our bodies don’t exist but for the species that live on and in them,” he says. “We can’t scrub ourselves free of the rest of life. I hope to be never alone in that sense — to be really isolated from the rest of life would be a very sad thing.”