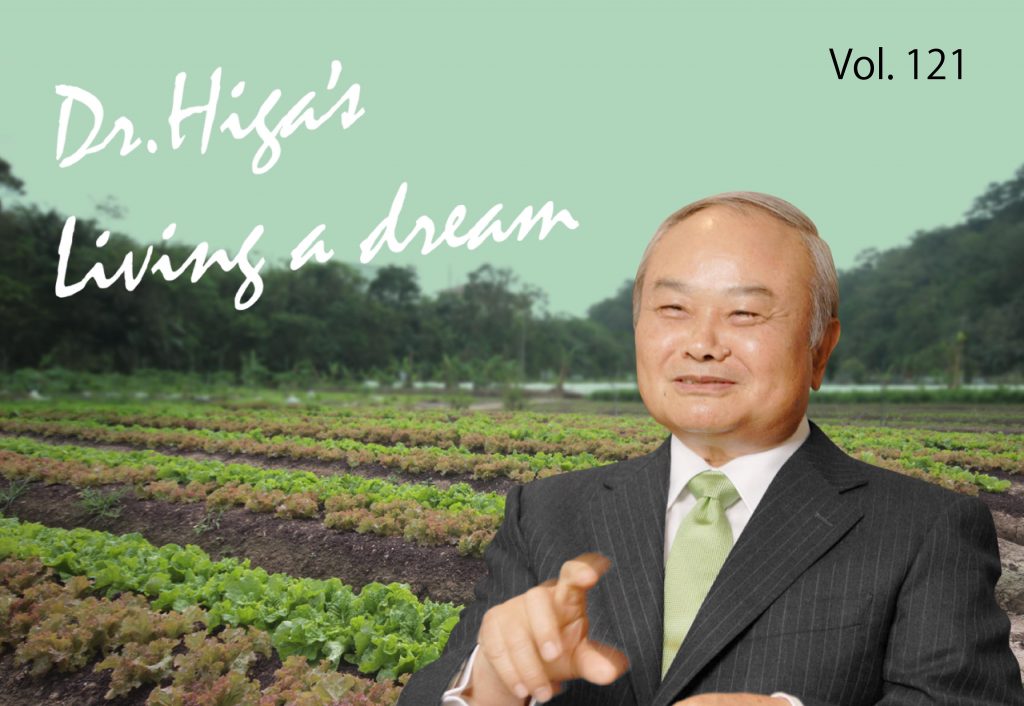 To date, agriculture has inevitably made use of artificial substances in order to increase productivity, reaching the situation of present-day agriculture with its heavy reliance chemical fertilizers, agricultural chemicals, and large machinery.

This style accelerates degradation of soil, and not only destroys ecosystems and biodiversity, but also it is directly linked with topsoil runoff, and pollution of the water system and air, therefore it is a serious potential crisis for human health. From the standpoint of food production, although historical achievements have been reached, structurally speaking the self contradiction in this approach has only expanded and put us on the path of self-destruction.

In other words, this is a state opposite to the forces of nature and has a fatal defect that prevents it from utilizing any natural power at all. So far, the essence of natural power is supported by reviving microbiomes (microflora); when the level and accumulation are increased, we reach the level where the phenomenon of limit breakthrough appears, as I have explained at every opportunity.

However, in reality, people have not understood the meaning of this at all, and they have fallen into conventional agricultural traps and keep wasting a great amount of labor. Through safe, comfortable, low cost, high quality, high yield, sustainable agriculture we shall enrich natural ecosystems, protect biodiversity, make people healthier and economically rich; we should never forget that this is the very “essence of agriculture.”

The management of fields in conventional farming method is to abandon them after the harvest, whereupon they become choked with weeds, a nest of insect pests, with a degraded microflora (microbial phase). Therefore, before the next planting, deep tilling is done, and various soil improvements are done at a great cost, to return back to the conditions at the last harvest; unless a significant amount of money is invested productivity declines year by year, and the agricultural land will fall into ruin.

To escape from this trap, it is necessary for agricultural productivity to increase the revitalizing power of soil microbiomes (microflora), and to focus on building up the soil through this method year by year. Until now, we have described the details of how to increase the density of EM and how to create a barrier to rectify the space and soil energies, and we have gotten great results.

However, when checking such cases, most of them remained in conventional agriculture traps. In other words, the fields are left untouched after harvesting, the natural power of the fields declines significantly, after which the soil is again cultivated and sprayed with EM to try to improve the soil.

Multipurpose utilization of salt or activated EM solution cultured with seawater makes it possible to cultivate completely with no tillage, no weeding, and no pesticides, and if rectification in the space and the soil is carried out, the atomic conversion power of the soil centered on EM is also remarkably enhanced.

The key point is that you do not have to let the fields lie fallow, but instead continue to introduce EM to increase the natural power of the soil. In other words, in tilling, spread salt and spray activated EM solution with seawater, as well as using salt and charcoal, at every opportunity. Since EM has a quantum nature, the cumulative effect is proportional to the number of times it is applied.

Photo 1 and 2 show our flowerbed outside of our house now in the beginning of August. It has been a no-tillage flower garden for over five years. We just plant the next flower seedlings after the peak season of flowers is over, and the summer heat also helps them grow. We only applied 100g/m2 of salt last December and 50g/m2 at the end of June in the latter half of the rainy season.

In the past it was impossible to maintain this level in the high summer, but now there are almost no weeds, and we just put the residue of the flowers over the surface. In addition to midsummer flower management, if you have a self-sufficient vegetable garden, you can grow summer vegetables and easily achieve desired results. 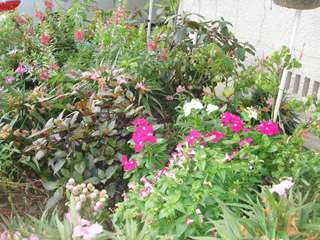 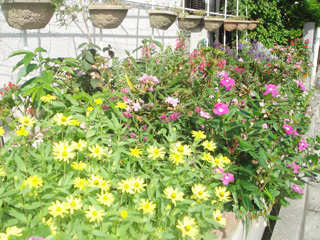 Photo 3 shows the current state where pruned branches and leaves are layered on the trees around okra. Salt is applied at 100g/m2, only after the plants take root (two weeks after planting), but we don’t think that additional salt after that is necessary. In other words, atomic conversion by EM etc. is not limited to salt, and will also change other elements.

Photo 4 shows how we put leaves and pruned branches and leaves where we plant autumn vegetables, spread salt and sometimes apply activated EM solution, in order to maintain the soil
microbiome at a high level.

If you continue with such a method, you can quickly change any wasteland to a richly productive field. Instead of using EM as a substitute for fertilizers and pesticides, if we continue applying it all year round, and devote ourselves to the idea of applying salt throughout the year, we will escape from the conventional agricultural trap, and should be able to evolve an ideal future type of agriculture. 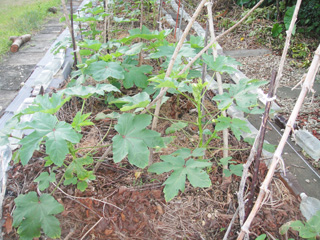 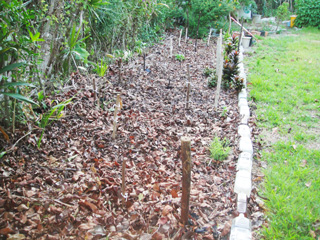