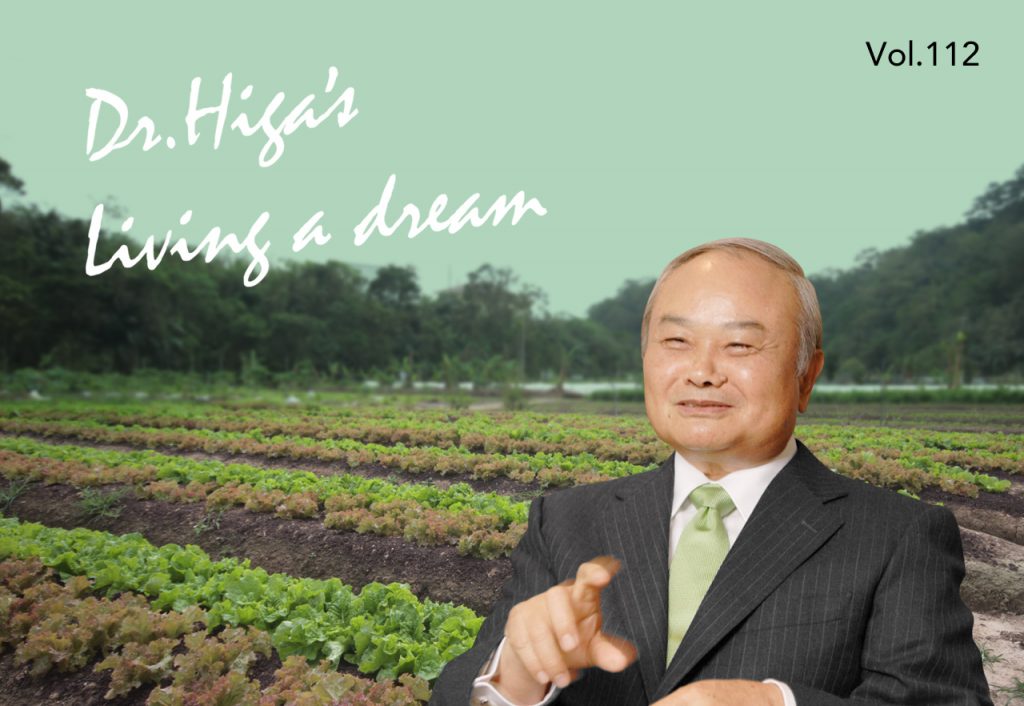 The 3rd International Conference on Universal Village held by the co-organizers below, was held at Nagoya University on October 6-8. The organizing organizations of the conference are ITSS (Intelligent Transportation Systems Society), Massachusetts Institute of Technology, Nagoya University, and Beijing Aeronautics and Astronautics University. In 2013 at the 1st conference, I made a presentation on EM Eco City (See the Web Ecopure, Living A Dream, 71th and 86th), completed in Johor, Malaysia. EM Eco City has 1,230 units, a useful life of 800 years or more, a power saving effect of 30 to 40% or more, realizing a high-quality natural farming method that makes raw garbage a highly functional organic fertilizer and does not use chemical fertilizers or pesticides at all. It is a smart city, an ecological city and a universal village that treats all sewage with EM, purifies the river, cleanses the sea, enriches the ecosystem, and actively contributes to the protection of biodiversity.

After graduating from Waseda University, he was engaged in research on image sensors for FA robots at Kawasaki Heavy Industries, Ltd.. In 1981-1993, at the research institute of General Motors in Detroit, while advancing research on intelligent cruise control that combines automobile and television, he established an international conference on intelligent vehicles at IEEE (Institute of Electrical and Electronics Engineers). He was invited to Massachusetts Institute of Technology in 1994. Currently, he is the Director of the Intelligent Transportation Research Center at MIT. He served as Vice Chairman of the IEEE Intelligent Transportation Systems Council. He has served in an advisor and consultant to government agencies and private corporations not only in the US but also in Japan.

Dr. Masaki views the utilization of microorganisms as indispensable to fundamentally solving the collapse of the global ecosystem, which is the fundamental issue this conference is concerned with, and has asked for my cooperation in this effort.

As I talked about EM information and future development, he fully understood the essence of EM (antioxidant, nonionic, conversion of harmful energy into useful energy).  As a result, I have helped co-author Dr. Masaki’s book The Law of the Global Ecosystem and my part has been completed and will be published next year. I am not sure if the Japanese version will be published or not, but this book is intended to be read by world leaders working on environmental issues.

With this background, at this conference, ten sessions including EM related issues and radiation contamination countermeasures were made in the session on microbial technology and environmental conservation. The opening remarks by Dr. Masaki at the beginning of this International Conference are especially worth noting. I will only touch on the main points here, but please see information on DND (University venture Start-up support site) for additional details. (Note: The ellipses (….) indicate parts omitted from the original remarks.)

It is important to discuss the concept of Universal Village…..
When it comes to a method to solve all the problems facing us, however, one that will convince all people, a solution, in other words, in keeping with the laws of the ecosystem, even ecologists lament that they have no clue as to whether the Earth can be successfully managed or not. To solve this situation, in 2013, I have found the International Conference on Universal Village, which aims to bring researchers in various fields together as one to discuss these issues. At the same time, I started working on research of the laws that govern the entire global ecosystem. As a result, in light of the fact that the ecosystem is largely dependent on the role of microorganisms, in order to protect the ecosystem I came to the conclusion that we urgently need to solve problems in the following three fields:

Indeed, we human beings, living on the Earth, which is part of an orderly and beautiful universe, have the duty to protect the ecosystem so that the diversity of microorganisms is protected. However, so far the human race has seen the oceans as the world’s sewer, has destroyed rainforests, has carried out underwater nuclear tests in coral reefs, and has used the beautiful Alps as illegal dumping grounds for radioactive waste. That’s why we researchers, recognizing that the Earth is beautiful and is part of an orderly universe, and determined to make an effort to regain a sustainable global ecosystem again, named this Conference Universal Village.

Knowing there are plans to continue to increase nuclear power generation in China and Africa, and also the United States, even Japan and many other countries are not intending to stop nuclear power generation, what should our stance as researchers be? Above all we should keep people safe, and research and develop, as quickly as possible, technology that will detoxify all harmful radionuclides that currently exists in nuclear weapons, nuclear power generation, and spent nuclear fuel, as well as develop medicine to maintain the health of victims of radiation illness.

In fact, with some exceptions, most researchers believe that such technology does not exist. One person in the world, however, does possess the knowledge to answer these questions, a person who is active in over 140 countries around the world.

I first learned about him at the 1st International Conference on Universal Village in 2013. I am referring to Dr. Teruo Higa, professor emeritus of the University of the Ryukyus.

Dr. Higa’s work involves a combination of microorganisms called Effective Microorganisms (EM). In Egypt spraying EM in orchards that were damaged by salt made them fruitful the following year. In rivers that were dirty and foul smelling because of sludge deposits, use of EM over a few years transformed them into clean rivers where flathead mullet, Japanese sea bass and redfin dace abound, and where Ayu fish and salmon have appeared.

In agriculture, the basic way of utilizing EM is to mix weeds or other organic matter with EM, let it ferment, and use it as an organic fertilizer. Not only will harvested crops taste excellent and be highly nutritious, but crop yields will increase 1.5-2 times……

In order to, at all costs, avoid this frightening forecast for Japan, and also to rid people around the world of the deeply rooted fear that humanity and the global environment will be destroyed through nuclear war, accident, or a massive explosion of nuclear material due to terrorism, I finally succeeded in developing a new theory that scientifically proves Dr. Higa’s idea about “element conversion by microorganisms,” the sole method of addressing these problems. I will discuss these matters further in my book that will be published in the near future. If element conversion of radioactive substances by microorganisms is possible, then in theory radioactive substances can be transformed into non-radioactive substances. Furthermore, I am preparing to publish on the “global ecological laws” I began in 2013 with the goal of fundamentally solving the destruction of the global ecosystem. Dr. Higa and many other friends have helped in this effort and through their help the big picture has come into focus. Therefore, what we need to do now is fully ascertain the essence of the “scientific progress” that we human beings have unquestioningly accepted up till now, and evaluate this in light of the global ecological laws. By doing so, we should be able to avoid repeating the mistakes of the past…..

In addition to the three areas we have aimed at up till now, from 2016 onwards Universal Village’s goals will be as follows.

To rescue humanity and the global environment from this dire situation, we must protect the microorganisms that are “lead actors” in the environment. In order to accomplish this we should:
1. Develop material that can replace agrochemicals and chemical fertilizers. (Dr. Higa’s EM is extremely effective, but of course it is necessary, through further research, to create even better products.)
2. In order to protect diversity of microorganisms, we need to create ecologically-friendly new materials to replace plastics and other petroleum products.
3. In order to protect diversity of microorganisms, we must create forms of green energy as alternatives to oil and other fossil fuels and nuclear power.
4. We must raise as an urgent challenge the study of specific technology for the detoxification of radioactive nuclear material by using element conversion through microorganisms.

When many researchers are determined that they must help rescue humanity and the global environment, and add one of these to their research agenda, then we can hope to contribute to finding solutions to all the problems facing the Earth’s ecology, namely nuclear issues, and pollution of the soil, air, and oceans.

It is when we scientists come together like this to address these that we will overcome this crisis facing humanity and the Earth.

****
Dr. Masaki has thoroughly examined EM and gave the four items as the above-mentioned Universal Village issues and goals from 2016 onwards, and basically it can be said that all of these can be solved using EM Technology.

In Japan, there are scholars and mass media officials who deny EM entirely and treat me as representative of a pseudo scientist, but these people themselves are absolutely pseudo scientists who have never met me and have never verified the effects of EM, and are part of the attempt by a malicious mass media and others trying to destroy EM.

On November 26, the following environmental forum will be held at the prefecture education hall in Fukushima City. Steady results have been seen and we expect many people to participate.

This Environmental Forum is held in order to help recover a beautiful Fukushima, “Utsukushima EM Paradise,” through the application of EM in Fukushima Prefecture to solve radioactive contamination in the wake of the damage caused by the March 11, 2011 disaster that occurred when the Eastern Japan Tokyo Electric Power Company’s Fukushima Daiichi nuclear power plant was damaged during the Eastern Japan Earthquake. This year will be the sixth Forum.

In the 1st Forum, the achievements up to 2012 were presented and these contents have been reconfirmed in the 2013 and 2015 Forums. 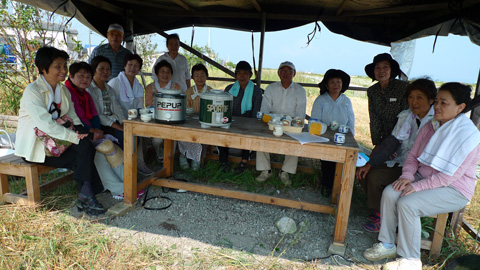 I happened to pass through the area of reclaimed land along Isahaya Bay when I went to attend the “Virtuous Cycle of Nagasaki Meeting in Unzen.” Thanks to that, it provided an opportunity to check the quantum entanglement (*2) in the inner lake and on the sea side. To my surprise, the resuscitation waves of the inner lake were far beyond the level that constitutes so-called holy water. [*2 The phenomenon has been proven in quantum mechanics that if one is conscious of it everything that exists is mutually reactive. In order to check the strength of the quantum, various methods such as O-ring test, chi measuring, and dowsing devices used for fortune telling are used, and all the findings conscious of entanglement are consistent. (Reference material:  Life on the Edge: The Coming Age of Quantum Biology by Jim Al-Khalili and Johnjoe McFadden, translated into Japanese by Atsushi Mizutani, first published in Japan September 2015 by SB Creative Co., Ltd.)]

This water is also used for agriculture in the reclaimed land. If you further increase the EM level of this water and continue to use it for agriculture, in the near future it will be possible to produce high-quality agricultural production with high yields without using chemical fertilizers or pesticides at all.

This surprising result is due to the long-term project by a coalition of women’s associations of Isahaya City to promote a water purification campaign using EM. The poor water quality of lakes in reclaimed land in various parts of the country is a serious problem. By thoroughly implementing the Isahaya system, it is possible to simultaneously realize both advanced promotion of agriculture and promotion of inland fisheries.

As is well known, Unzen City used the merger of seven towns as an opportunity to begin a garbage recycling and environmental program (budgeted at 9 million yen) that systematically utilizes EM. As a result, it has been lauded as a nationwide model city of regional revitalization through cooperation between local government and residents, and there has been steady progress toward making EM a central part of people’s lifestyles and society. 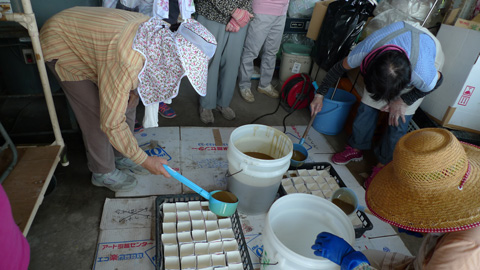 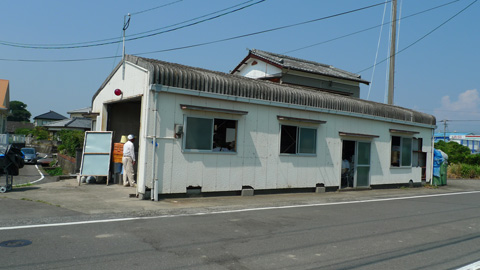 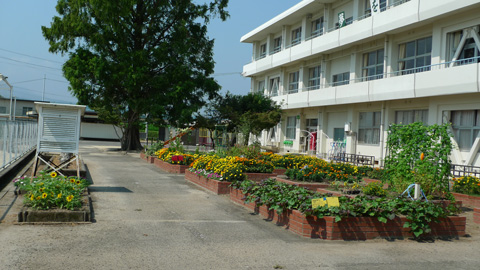 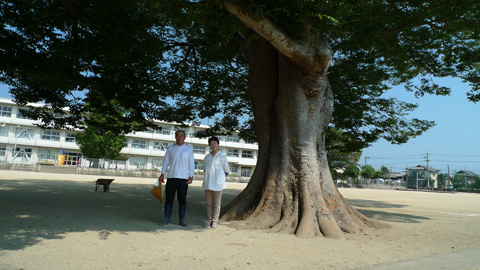